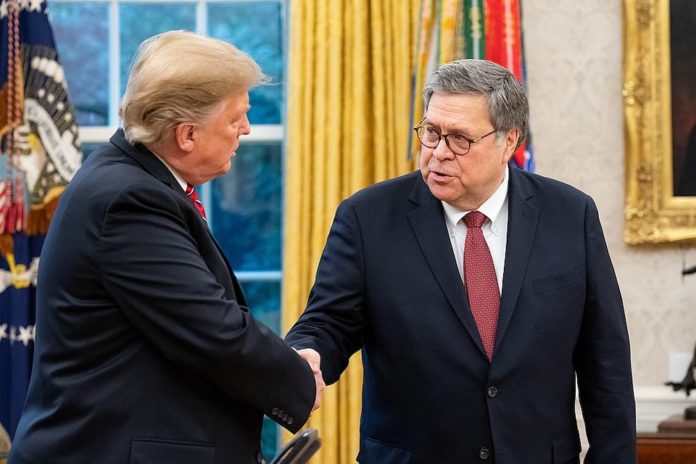 If the Trump administration was worried that Trump’s “send her back” moment was too subtle to clearly demonstrate its views on race and immigration, they have a backup. Recently, Buzzfeed News reported that immigration judges recently received an email from Trump’s Justice Department … with a side dish of white nationalist literature.

According to the National Association of Immigration Judges, the Justice Department’s Executive Office for Immigration Review (EOIR) sent court employees a link to a blog post from VDare, a white nationalist website, in its morning news briefing earlier this week that included anti-Semitic attacks on judges.

The email can be seen in multiple contexts, from egging on judges with white nationalist tendencies to intimidating judges without them.

Officially, the administration’s defense is that the emails were “compiled by a contractor.” However, that begs the question of what circumstances may have led to a government contractor having white nationalist literature easily at their disposal, or why that material would be confused with documents for Justice Department employees.

Though it cannot be asserted that the inclusion of white nationalist literature comes directly from the executive branch, it does not conflict with the president’s stated values. President Trump has giddily regurgitated racist conspiracy theories before, particularly about Jews.

So though Trump’s administration chalked the incident up to an accident, many weren’t buying the excuse.

Some Twitter users pointed out the DOJ’s subpar explanations.

From article (see photo).@DOJ_EOIR Just spitballing, but maybe these emails *should* be reviewed and approved by staff before being transmitted.🤦🏼‍♀️

And others pointed out that the email was not out of line for many of the president’s associates.

I'm not shocked. Neo-Nazis are running the country. What do you expect?

Regardless of a retraction (which the administration did not give), the email follows a favorite tactic of Trump’s administration — to say what it takes to inflame a white nationalist base, and simply walking his comments back without actually nullifying the effect of saying it in the first place.

And in the case of the Justice Department’s email, it’s important to note that they did not apologize or withdraw the email. They only stated that they did not review it, and neither ring as satisfactory from a presidential administration.