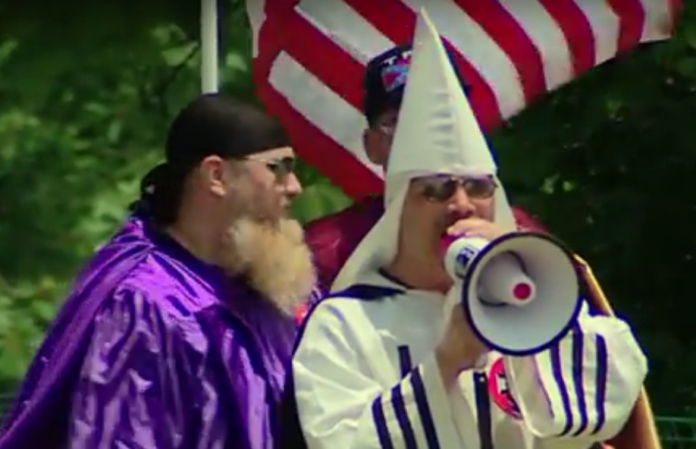 Stormfront, a website dedicated for use by white supremacists and KKK members in operation since 1996, is a step closer to shutting down after founder Don Black revealed that he could no longer pay the bills.

Not only has the site been outdated among younger white supremacists who prefer to get their racist manifestos elsewhere on the Internet, but Stormfront also suffered a major blow last August when web services were under intense pressure to stop doing business with hate groups after a neo-Nazi murdered a Charlottesville counter-protester with a car. As a result, Stormfront’s web registrar dropped the site, forcing it to find a new home.

Stormfront did find a new registrar in October but is having trouble covering the site’s finances.

The Southern Poverty Law Center reported earlier this month that Black was forced to shut down the main server and restrict access to only the most dedicated users after donations dropped off and legal expenses increased. Black said:

“I appreciate everybody’s support. But it’s that time of month again, when the big, scary bills hit. Our contributions have once again totaled less than $2,000, which is not enough to cover our basic server and radio bills, and this month we no longer have enough personal money to make up the difference.”

Indeed, it turns out Black’s wife Chloe decided to keep working past her retirement age to continue paying the bills. But keeping the hate website up and running ate much of the couple’s personal finances.

Chloe used to be married to a supporter of President Donald Trump and former KKK leader David Duke until she left him for Black. Black said:

“My plan is to shut down the main server on the 6th, backing everything up offsite first. I hope to also move the entire 50gb database to our much smaller, secondary server. This will be difficult because of the size of this site, and that server is not nearly adequate to run everything. But I hope it will be enough to allow access to Sustaining Members, but probably not to other users or guests.”

In short, one of the oldest white supremacy websites is going under, which is good news to everyone who isn’t a bigot.

What’s not good news is that Trump is still in the White House fighting for the KKK cause, most recently arguing that the KKK is a protected class.

So, while Stormfront shutting down is a good thing, we must turn our attention to rooting out white supremacy within the White House and the rest of the federal government. Until then, our nation can never move forward.