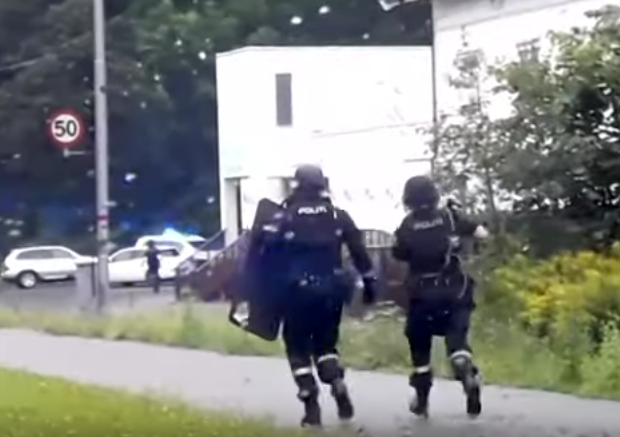 The shootings in Christchurch, Poway and El Paso were all committed by white nationalists and other attacks have been thwarted by police in the week since 22 were killed in a Walmart in Texas.

And now the El Paso shooting is linked to an attempted terrorist attack on a mosque in Norway, where an armed white gunman broke into the building during an event. Luckily, a brave worshiper tacked the would-be shooter before he could carry out his plan.

According to The Independent:

Witnesses said Mohamed Rafiq restrained the terror suspect and held him down with another worshipper before police arrived, despite being injured in the struggle.

Mr Rafiq was among three people at the al-Noor Islamic Centre in Baerum on Saturday, when a man burst in with “two shotgun-like weapons and a pistol”.

The attacker, who was reportedly wearing a uniform and body armour, broke through a glass door to reach the place of worship, where people were preparing to celebrate the Islamic festival of Eid al-Adha.

“I’m thankful for all of the help and support I have received,” Rafiq told the press after being praised for his heroism.

Police are investigating the mosque attack as an act of terrorism, which is how the United States should be treating attacks here. And Trump is linked to this attack as well because the 21-year-old white male who intended to murder over a dozen people was inspired by the El Paso shooter, who cited Trump’s vile anti-immigrant rhetoric in his racist manifesto.

“We’re investigating this as an attempt at carrying out an act of terrorism,” assistant chief of police Rune Skjold said on Sunday. “We have uncovered extreme right-wing attitudes. The defendant has expressed opinions in which he praises [Norwegian fascist and Nazi collaborator] Quisling and is hostile towards immigration.”

Clearly, white nationalists are emboldened by Trump to commit acts of terror to advance their racist agenda and it’s only a matter of time before another act of terror is committed. The only difference is there may not be a hero to stop the shooter before he kills next time.

But we need heroes in Congress who are willing to pass necessary legislation classifying white nationalism as a terrorist ideology and we need stricter gun control measures. And that’s why voters must make it their mission to oust Trump and his complicit Republican collaborators from office so that a new majority can do what needs to be done. Otherwise, Republicans will continue to ignore the problem and Trump will go on inciting more violence.