The United States Blues
Home News Whoopi Goldberg got so angry about Trump being at Normandy that producers... 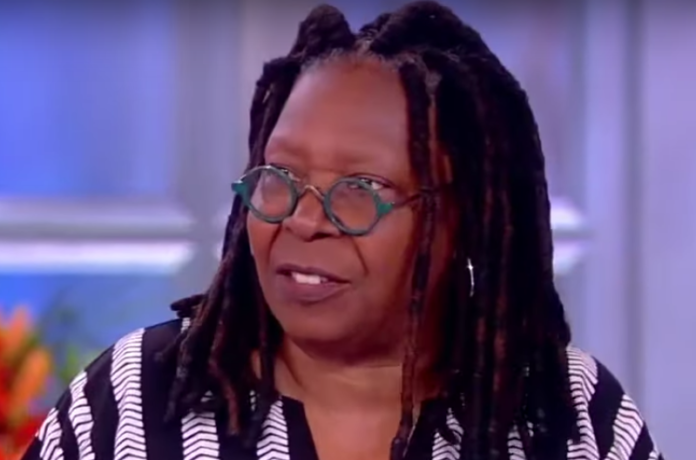 President Donald Trump’s appearance at Normandy on the 75th anniversary of D-Day on Thursday enraged “The View” host Whoopi Goldberg, who became so angry by his hypocrisy that she had to be censored.

Needless to say, Trump is the worst choice to represent America during ceremonies honoring the heroism and sacrifice of American soldiers who died on battlefields around the world for their country and freedom.

After all, Trump never served in the military and dodged the draft five times during the Vietnam War. He has also insulted veterans, pardoned war criminals and uses the troops as props every chance he gets.

Clearly, he should not be stepping one toe on sacred ground where Americans gave their lives.

But that’s what he did on Thursday and it set Goldberg off.

While discussing Trump’s attacks on Americans during his overseas trips, that include shots at former Vice-President Joe Biden and legendary entertainer Bette Midler, Joy Behar pointed out Trump’s hypocrisy of daring to appear at Normandy ceremonies.

“It’s a little rich watching him in Normandy, too,” Behar said.

At first, Whoopi really did not want to talk about it.

Nevertheless, she went on to talk about it anyway.

“All those people who went and gave their lives, they didn’t ask — they didn’t have bone spurs,” Whoopi said. “They went, people went to fight the ugly that was happening. They went and did it. That’s all I’m going to say. If you want to know more about the why and the how and the what — did we do everything right? No. We never do, but we tried. We made the effort. Here’s what’s really got us going right now, we got commercials.”