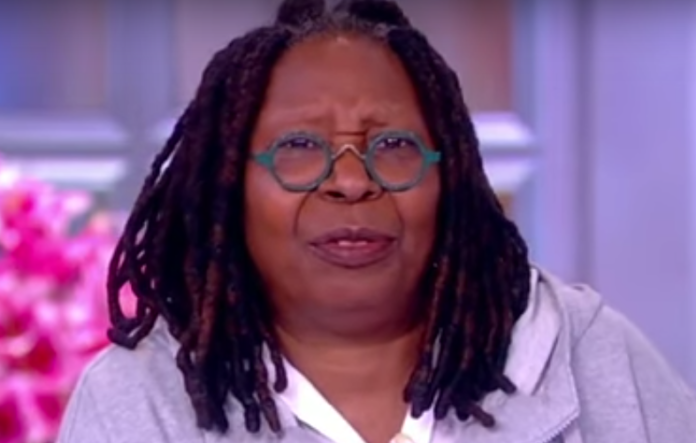 “The View” co-host Abby Huntsman suggested that President Donald Trump attend the White House Correspondents’ Dinner and joke about the Mueller report, only to be shot down by real comedian Whoopi Goldberg.

The Mueller report is a damning document that seriously outlines President Donald Trump’s various attempts to obstruct a federal investigation into an attack on our democracy by a hostile foreign nation, which is why Whoopi had to put Huntsman in her place Wednesday for claiming that Trump should use the jovial charitable event to mock it.

Trump has refused to attend the dinner every year since taking office, often holding a rally instead so he can air his imaginary grievances and attack his perceived enemies because his thin skin can’t handle a joke at his own expense.

This year is no different, and Trump even ordered his staff not to attend the event. However, Huntsman tried to talk Trump into going and gave him an excuse to do so.

“I’ve always loved this dinner — we’ve all been,” Huntsman began. “It’s the one time of year you can be under the same roof with people from the White House and the press corps, when the rest of the year, you know, it’s checks and balances — they’re always going at it. It’s the one time you can let your hair down, you can have some drinks, you can make fun of each other. Reagan was one of my favorites, who had a great time with the press.”

Unfortunately, Huntsman is a conservative, not a comedian, and does not know what a good joke is because she literally suggested that Trump make light of the Mueller report.

“Of all times to not go, here’s what I would say, the president has material to use,” she said. “The Mueller report just came out. All you have to do is play is 10-minute clip of a commentator who came out and said he was a Russian spy, and that he colluded with Russia, and then walk out onstage and say, ‘I’m still here.’”

And as Whoopi responded, it’s not funny either.

Real comedians like Stephen Colbert can make jokes about the Mueller report. But Trump is the subject of that report and it outlines criminal misconduct that he can be impeached for. It would not look good for him to try joking about it, especially since his “joke” could end up turning into an angry rant that depresses the room and the nation. This is supposed to be an event celebrating the First Amendment and journalism, not a pity party. And it’s certainly not a venue for Trump to whine about a serious investigation that has serious legal ramifications for himself and members of his administration.

Next time, Huntsman should leave the jokes to Whoopi. At least she knows what she’s doing.