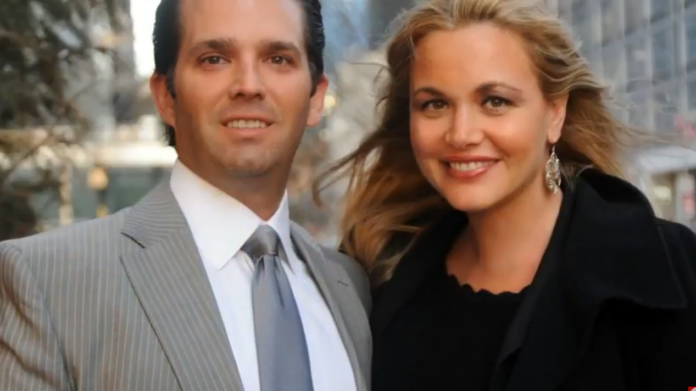 Donald Trump Jr. and his wife, Vanessa, announced earlier this week that they were divorcing. Nothing unusual about that; couples get divorced all the time. But a development since the announcement has added some intrigue to the matter.

The New York Post reports that Mrs. Trump has hired a criminal defense attorney to represent her in the divorce proceedings:

A criminal attorney for a divorce? Manhattan family law expert Bonnie Rabin said such a move is highly unusual, especially since both Don Jr. and Vanessa said their split was amicable:

Since his father became president, Don Jr., along with his brother, Eric, has been running the family business. He’s also caught squarely in the ongoing investigation being conducted by Special Counsel Robert Mueller into the 2016 election.

Could Vanessa Trump be seeking the counsel of a criminal attorney because she has information related to the Mueller probe? If so, she could be considered an accessory to federal crimes.

The entire Trump family would seem to be in serious legal jeopardy, all because the patriarch of their clan decided to run for president.

Here’s more on the Trump divorce: