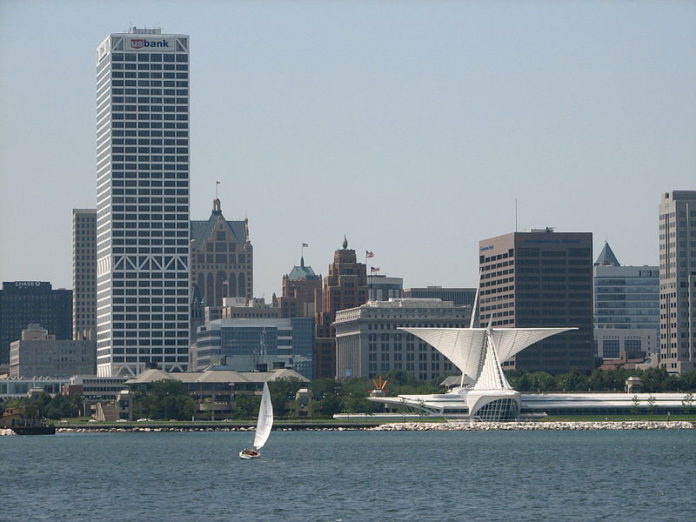 Voters in the city of Milwaukee, Wisconsin are more likely to reject Republicans on the ballot in future elections after the state GOP attacked the city as “socialist” after the Democrats chose it to host their 2020 convention.

Several Republicans represent Milwaukee in the state legislature, but that didn’t stop the state GOP from launching a vicious assault on the city for electing “socialists” on the local level, particularly as mayor.

In a statement, Executive Director of the Republican Party of Wisconsin Mark Jefferson railed against the city in an effort to tie the Democratic Party to socialism.

“Milwaukee’s long history with socialism made the city an obvious choice to host the 2020 DNC convention,” the statement began. “No city in America has stronger ties to socialism than Milwaukee. And with the rise of Bernie Sanders and the embrace of socialism by its newest leaders, the American left has come full circle. It’s only fitting the Democrats would come to Milwaukee.”

It should be pointed out that Democrats could have chosen any city and Republicans would have attacked. But it’s an incredibly petty swipe that only antagonizes a city that has long backed Democrats, thus making it much harder for Republicans to run for office there.

“Milwaukee is the only major American city to elect three socialist mayors, beginning in 1910,” the statement ranted on. “More recently, Hillary Clinton complained that being a capitalist probably hurt her chances when campaigning against Bernie Sanders. What’s more, the Party’s newest leaders have called for trillions in new giveaways. This includes embracing the Green New Deal Agenda that seeks to eliminate air travel and originally called for a ‘greenhouse gas free food system’ that would have essentially eliminated cows -a move that would be particularly problematic for the Dairy State.”

These, of course, are lies. the Green New Deal does not aim to kill air travel, just make it more fuel efficient while offering more domestic travel options such as high speed rail to reduce reliance on air travel. The plan certainly has no intention to eliminate cattle. President Donald Trump has told the same lies and has been fact-checked.

According to an AP Fact-check:

The Democratic plan would do none of those things. Trump chose to ignore the actual provisions of the plan, which calls for a drastic drop in greenhouse-gas emissions from fossil fuels such as oil, coal and natural gas but would not ban methane-emitting cows or air travel.

Unlike socialists, democratic socialists are committed to democracy and democratic principles. They also believe in an economy that works for everyone. Basically, we’d still be a capitalist nation, just not as extreme. Our nation would be more like many nations in Europe instead of a runaway free market where greed reigns supreme.

“The people of Wisconsin are far more practical than today’s socialist-embracing Democratic Party gives them credit for,” Jefferson concluded. “We’ll get to reap the economic benefits of a convention, while they show the state up close why this bunch should never be trusted to run the country.”

Of course, Republicans in Wisconsin have already showed the state why they can’t be trusted to run the state, much less the country. After all, Wisconsin recently elected a Democrat as governor over Scott Walker and 52 percent of voters currently disapprove of Trump.

North Carolina Democrats did not attack the city of Charlotte when Republicans chose the city for its own 2020 convention. Instead of acting like adults, Wisconsin Republicans reacted to the selection of Milwaukee like petty toddlers and demonstrated why the people across the state should reject the GOP from now on. Because a state political party that attacks the very population it’s supposed to work for is not one that can be trusted to do what’s best for the people.