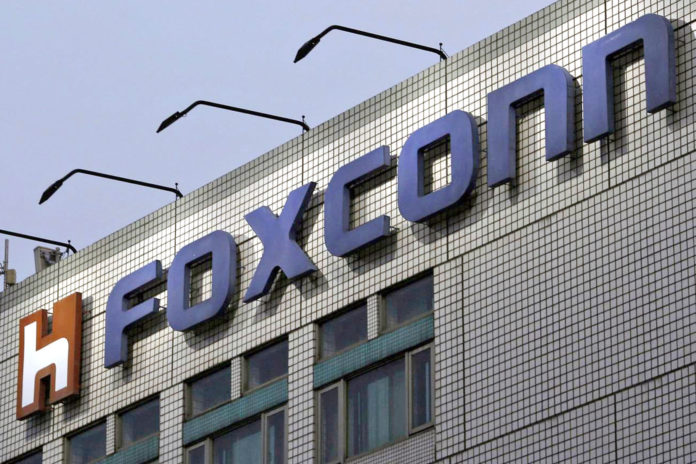 Wisconsin residents who were forced out of their homes to make way for a proposed manufacturing plant by Foxconn are speaking out as President Donald Trump’s oft-touted deal continues to be nothingburger.

It’s, perhaps, one of the most deceptive and destructive con jobs in American history.

Back in 2017, Trump and then-Foxconn CEO Tery Gou along with former Wisconsin Governor Scott Walker broke ground on a large site located in the village of Mount Pleasant promising a $10 billion investment and 13,000 jobs for the state.

According to The Journal Times:

At the request of the state Department of Administration, an economist in August examined possible changes to the Foxconn incentive package given that the “currently-planned Foxconn facility is reported to involve a $2 billion investment, and 1,500 to 1,800 jobs.” That is significantly smaller than the planned $10 billion facility generating 13,000 jobs.

Clearing the path for the facility meant Mount Pleasant officials had to buy up or outright take homes and property away from residents, many of whom were longtime residents who had built lives over decades.

For more than 20 years, the Jensens owned their 3 acre property, but Mount Pleasant wanted it in order to supposedly build a road on just .13 acres of it.

“They said that they needed .13 acres of our frontage for a road project … but they would be generous and offer us basically twice the amount and buy our whole property — our whole 3 acres,” Cathy Jensen told The Journal Times.

They refused, but then received a letter.

“We got a letter basically saying that they own our house now,” Jensen said. “We own your house and we’ll be very, you know, very generous and let you stay there rent-free until September 2019.”

The Jensens are currently fighting Mount Pleasant in court, but it turns out the village didn’t need the whole property and finished construction on the new road and gave the Jensens a new driveway. Still, the village wants them out.

For Shawn and Sarah Mayer, on the other hand, it was a major disappointment and nearly a catastrophe.

The Mayers had just bought 8 acres and had just moved into their newly built dream home, only to then receive a notice that would alter their lives. The village wanted their property for Foxconn as well.

“When it was announced, I had just had 36 pallets of paving bricks delivered,” Shawn Mayer said. “We had stopped all landscaping. I never even leveled off the sand in the kids’ sandbox.”

In the end, they sold their property for more than it was worth and the new home was razed to the ground because Mayer feared village officials would seek to punish his small business if he fought against them.

“I’ll always be a little bit bitter, just because we elect the officials that railroaded us on this,” he said. “I did my homework when they said Foxconn is coming. Two places they said they were going to build, and they didn’t.”

Indeed, Foxconn abandoned similar plans in Pennsylvania and in Indonesia.

Joy Mueller and her husband had a property they had hoped to leave their kids and grandchildren one day, but they reluctantly sold because the situation took a stressful toll on them.

“You don’t sleep, you don’t eat, you think about this 24/7 — I have to work for a living — I was just done,” Joy Mueller said. “The end result was fair — because of price — but as far as dealing with them, I thought they (Mount Pleasant officials) were very vague and lied all the time.”

Kim Mahoney refuses to let Mount Pleasant use eminent domain laws for the benefit of a foreign corporation.

“The village made millionaires out of the vacant land owners but threatened all homeowners with eminent domain, sometimes based on fake road plans, in order to force them to sell on its terms,” Mahoney said. “We have been willing to sell since day one, but we were unwilling to allow them to abuse their eminent domain authority for the benefit of a wealthy foreign corporation.”

And the sad part is that many of these properties did not have to be given up for the manufacturing site to exist. Village officials merely used roads as an excuse to justify a land grab. And many of the supposed roads have still not been built.

“If you look at the people who live on Wheaton Lane — where they told them they needed their properties because there was going to be a road going through — and they got all the properties, and the road disappeared. Now there’s no road,” Kelly Gallaher said “They (village officials) will say plans change, but after a while, you see a pattern, where they are using these changing plans in order to acquire properties, with the Jensens’ being the most egregious. They simply want the land for Foxconn.”

Trump, Walker and village officials sold Wisconsin residents a lie in order to take their homes from them, upending their lives for the benefit of a foreign corporation. American citizens should not be treated this way and you can bet many of these residents are going to use their anger to vote in 2020. They already did in 2018, which is why Walker is no longer governor. Now they can punish Trump, too.