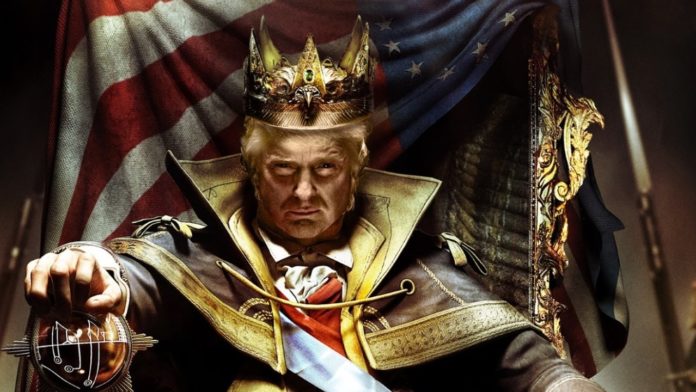 With each day and every action he takes, President Donald Trump is trying to consolidate the power of American government into his hands, subverting our system of government and democracy in the process.

Now, with Trump threatening to declare an emergency and build his border wall against the will of the majority of Americans and Congress, we could well be facing an inflection point which will decide whether or not our republic survives.

In May of 2017, Yale historian Timothy Snyder wrote a provocative book entitled On Tyranny: Twenty Lessons from the Twentieth Century, in which he addressed the threat posed by the current president, and he sat down with a writer from Salon to discuss the growing danger caused by Donald Trump. His words are more relevant than ever.

Snyder addressed how Trump will likely attempt to gain complete control of government:

“I think it’s pretty much inevitable that they (Trump and Republicans) will try. The reason I think that is that the conventional ways of being popular are not working out for them.

“My gut feeling is that Trump and his administration will try and that it won’t work. Not so much because we are so great but because we have a little bit of time to prepare. I also think that there are enough people and enough agencies of the government who have also thought about this and would not necessarily go along.”

If Trump does try a coup against the legitimate government established under the Constitution, what can the average American do to fight back?

Courage in the Face of Tyranny

In our daily lives, Professor Snyder asserts, we have many chances to fight against the wrongs we see being committed by our elected representatives:

“Be as courageous as you can. Do you actually care enough about freedom that you would take risks? Do individuals actually care about freedom? Think that through. I think if enough of us take the little risks at the beginning, which aren’t really that significant, this will prevent us from having to take bigger risks down the line.”

Are we closer to an overthrow of our government by the forces of darkness than we were in 2017? Only time will tell, but at least now we have one house of Congress in control of the opposition. That alone should give us hope for the future.