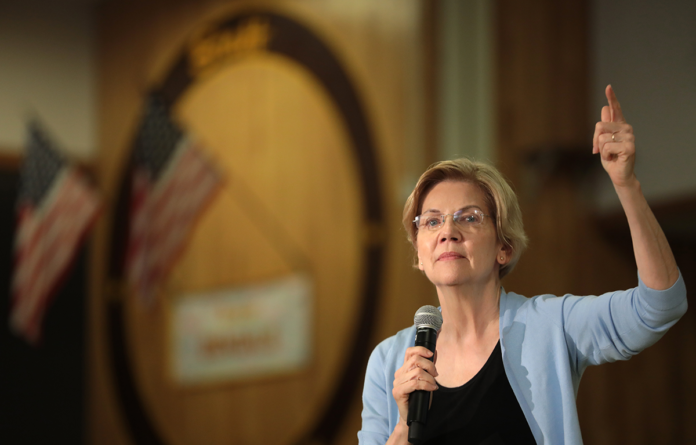 Presidential candidate, Senator Elizabeth Warren, just rebuked Fox News and their invitation to a town hall on their network. Warren let her real feelings about Fox fly, and the weight of truth behind her words give them real power. Although her fellow senators, Bernie Sanders, and Amy Klobuchar agreed to appear on the network, she most certainly will not.

In the Twitter thread, Warren explained why she will avoid Fox’s invite even though she loves doing town halls.

“I love town halls. I’ve done more than 70 since January, and I’m glad to have a television audience be a part of them. Fox News has invited me to do a town hall, but I’m turning them down—here’s why…”

I love town halls. I’ve done more than 70 since January, and I’m glad to have a television audience be a part of them. Fox News has invited me to do a town hall, but I’m turning them down—here’s why…

In the ensuing thread, Warren let them have it, holding no punches.

“Fox News is a hate-for-profit racket that gives a megaphone to racists and conspiracists—it’s designed to turn us against each other, risking life and death consequences, to provide cover for the corruption that’s rotting our government and hollowing out our middle class.”

“Hate-for-profit works only if there’s profit, so Fox News balances a mix of bigotry, racism, and outright lies with enough legit journalism to make the claim to advertisers that it’s a reputable news outlet. It’s all about dragging in ad money—big ad money.”

Warren says Fox is trying to use appearances by Democrats to save their reputation and secure advertisers who would otherwise shy away.

“But Fox News is struggling as more and more advertisers pull out of their hate-filled space. A Democratic town hall gives the Fox News sales team a way to tell potential sponsors it’s safe to buy ads on Fox—no harm to their brand or reputation (spoiler: It’s not).”

Warren is going to fight back by not lending her reputation to the Fox network.

“Here’s one place we can fight back: I won’t ask millions of Democratic primary voters to tune into an outlet that profits from racism and hate in order to see our candidates—especially when Fox will make even more money adding our valuable audience to their ratings numbers.”

On the other hand, the senator still wants to be a leader for all Americans, including Republicans. She will continue to take questions from Fox News and from voters all over America.

The presidential candidate believes in freedom of the press but will not contribute to the “hate-for-profit machine” that is Fox.

“I’ve done 57 media avails and 131 interviews, taking over 1,100 questions from press just since January. Fox News is welcome to come to my events just like any other outlet. But a Fox News town hall adds money to the hate-for-profit machine. To which I say: hard pass.”

Further, she offered a petition so you can add your name. “Take a stand against an outlet that profits from racism and hate.”

I won’t do a town hall with Fox News because I won’t invite millions of Democratic primary voters to tune in, inflate ratings, and help sell ads for an outlet that profits from racism and hate. If you agree, sign our petition. https://t.co/zAyBN7i8Jf

In response, Warren got support and also stood apart from Sanders and Klobuchar.

Thank you for taking a stand.

Geez. Does Elizabeth Warren ever get sick of being right about everything? This is *precisely* why Bernie Sanders and Amy Klobuchar should not have done a Fox News town hall.