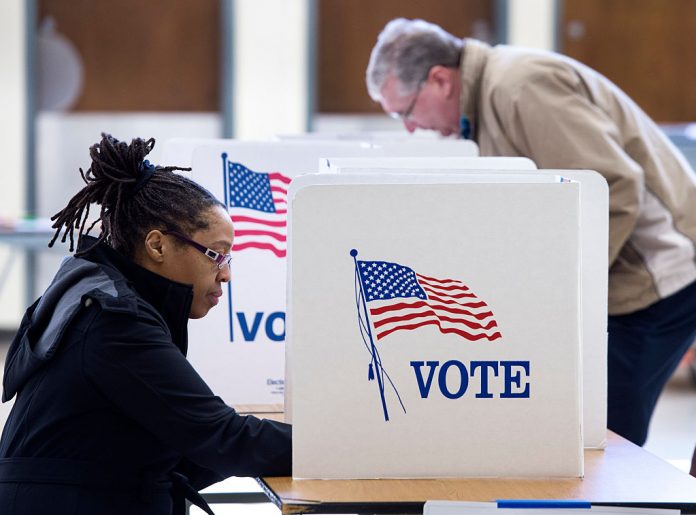 With the 2020 election now less than a year away, one of the key battleground states is reporting that it caught a Russian-owned company trying to hack into its voting systems.

According to the Columbus Dispatch:

The Ohio secretary of state’s office was the subject of a thwarted foreign cyberattack on Election Day.

Ohio Secretary of State Frank LaRose said Tuesday that the so-called SQL injection attack was detected by the state’s internal systems. The attack was attempting to insert malicious code into his office’s website.

The attempted hack originated in Panama but was traced to a Russian-owned company, LaRose said, although he called the effort “relatively unsophisticated.”

None of this should come as a surprise to anyone. Numerous U.S. intelligence agencies have repeatedly said that Russia attacked the 2016 election and has every intention of doing the same in 2020:

A Senate Intelligence Committee report found that Russia targeted election systems in all 50 states in 2016. The report said that Russian hackers were “in a position to delete or change voter data” in Illinois. The investigation found no evidence that they did so, but the report warned that Russian operatives may have been cataloging options “for use at a later date.”

And websites such as the one in Ohio that show election results are especially vulnerable to hackers as young as six.

Despite these vulnerabilities, Senate Majority Leader Mitch McConnell (R-KY) has repeatedly dragged his feet when it comes to passing election security legislation, blocking a House bill that would have provided $600 million for states to buy new, secure voting machines that don’t connect to the internet and also provide paper backups. Instead, McConnell backed a bill that only allocates $250 million to protect the 2020 election.

“Right now, Russia’s security services and their proxies have geared up to repeat their interference in the 2020 election. We are running out of time to stop them.”