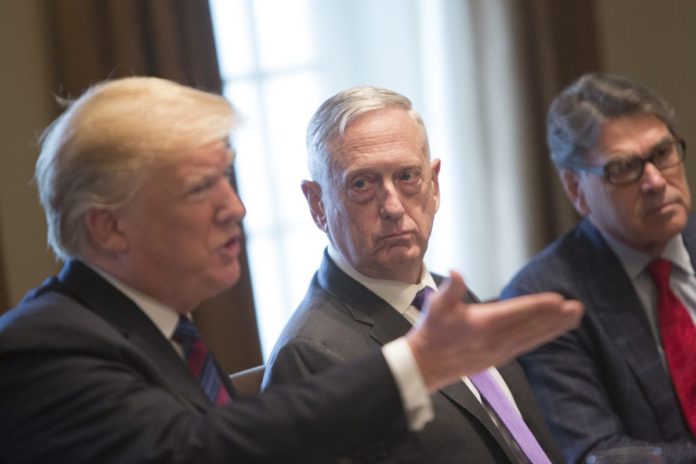 When he resigned as Secretary of Defense, Gen. James Mattis said in his letter of resignation that he felt the United States needed to remain “resolute” in its approach to nations that wish to do us harm:

“I believe we must be resolute and unambiguous in our approach to those countries whose strategic interests are increasingly in tension with ours. It is clear that China and Russia, for example, want to shape a world consistent with their authoritarian model – gaining veto authority over other nations’ economic, diplomatic, and security decisions – to promote their own interests at the expense of their neighbors, America and our allies. That is why we must use all the tools of American power to provide for the common defense.”

But according to Jeremy Bash, who served in both the CIA and Department of Defense during the Obama administration, the underlying reason was Trump’s willingness to do whatever most benefited Russian President Vladimir Putin.

“This is fundamentally what drove General Mattis to leave the Pentagon as secretary of defense. He watched how we were yielding to Russia on a variety of issues and he watched the way we announced this pullout of Syria, which was a total gift to the Kremlin.”

Bash then added that Trump’s decision to pull all American troops out of Syria was the straw that broke the proverbial camel’s back for Mattis:

“It emboldened Russia, emboldened Iran, emboldened (Bashar al-)Assad, who is of course Russia’s client, and allowed the Iranians to build a land bridge from Teheran through northern Iran through Iraq, though Syria and ultimately through Lebanon. I think Jim Mattis and other foreign policy hawks, if you will, are looking at this and saying, ‘What has become American foreign policy in the age of Trump?’ We have ultimately yielded our national interests to the interests of Vladamir Putin.”

Why exactly does Trump seem so willing to kowtow to Putin? Is it because Putin has embarrassing dirt of a personal nature on the president? Or could it be that Trump is acting on behalf of Putin to hide his own shady financial dealings overseas, including possible money laundering?

Whatever the reason for Trump’s continued deference to Putin, this president’s actions are a clear and present danger to the national security of the United States and our allies.