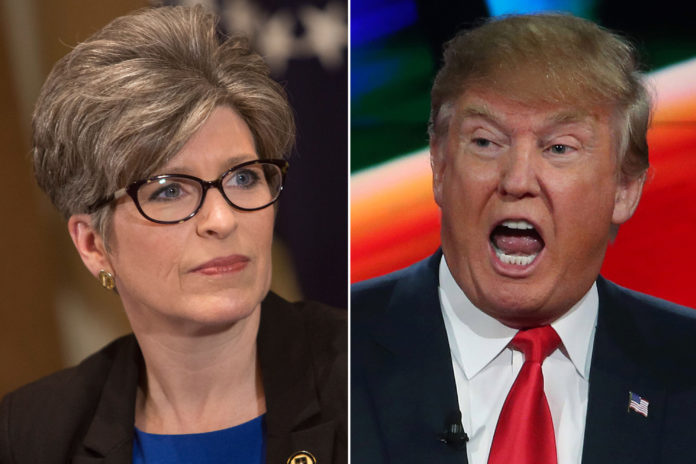 As President Donald Trump enjoys his state visit to Great Britain, back at home his expanding trade and tariff war has members of his administration and Republican lawmakers increasingly worried, according to Politico:

Trump says he’ll hit Mexico with escalating tariffs starting next Monday unless the country does more to stem the flow of Central American migrants seeking asylum in the United States. The threat is already infuriating lawmakers, who warn that such a move could damage a strong U.S. economy and undermine efforts to win congressional approval of the USMCA, one of Trump’s top legislative priorities.

Normally compliant GOP members of Congress are starting to speak out, noting that the trade war is devastating their home states and leading to economic struggles for their constituents, with Texas Republican Senator John Cornyn saying the new tariffs on Mexico could be so damaging that “I don’t even want to think about it.”

Senator Joni Ernst said she spoke with Trump on the phone last Friday, and she tried to make him understand that free trade is essential to the economic health of the country and her state, which is heavily reliant on agriculture:

“I’m not pleased. Hopefully he’ll be receptive. But right now he’s not that receptive.”

Even the normally supportive Rand Paul (R-KY) warned that the Trump trade war could lead to another Great Depression:

“I’m concerned both with China and Mexico. Worldwide tariffs are what led to the exacerbation of the Great Depression. … Tariffs are a bad idea. Interruption of trade is a bad idea.”

The administration is also getting significant pushback to the trade tariffs from business and financial groups:

Business groups are warning that the tariffs would raise consumer prices on everything from automobiles to avocados. An analysis by the (U.S.) Chamber (of Commerce) found that a 5 percent tariff would result in a potential tax increase on U.S. businesses and consumers of $17 billion. That would jump to $86 billion if the tariffs were to reach 25 percent, which Trump said would happen on Oct. 1 if no agreement has been reached.

But with Trump unwilling to listen to advice or accept the opinions of others, the United States could be headed for a disastrous economic future that might wind up sinking the president’s re-election efforts.