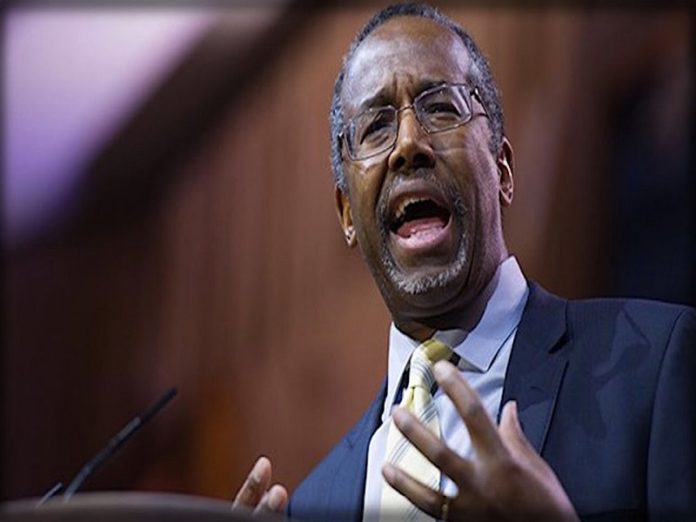 Serving in the cabinet of one of the most unqualified and amoral presidents in history requires one to be as clueless and amoral as the president himself. And that’s not an easy task, even if you’re a former brain surgeon.

Failed 2016 Republican Presidential Candidate and current Secretary of Housing Ben Carson reportedly had an experienced and honest Housing and Urban Development official demoted after she blew the whistle on his wasteful spending on luxurious items for himself.

Helen Foster, then HUD’s chief administration officer, explained in an email how she was receiving. She wrote on February 22, 2017, that:

“…Endless questions about why I won’t fund more than the $5000 limit [for redecorating the office] I do like 3 meetings a day on that. I hate this.”

Helen Foster, the HUD employee in question, believes she was demoted for simply calling out a brazen act of swamp-like activity.

That’s just life in an administration that makes the Nixon Administration look more squeaky clean than a newborn’s baby bottle. Carson, although a supposed pious man, has engaged in this type of disgusting government abuse before.

The New York Times reported that Ben Carson is so incompetent and utterly unfit for the job that he didn’t know his wife Candy had pissed away $31,000 of tax payer’s hear-earned money in order to buy a dining room table set for his office. Worse yet, the criminally stupid brain surgeon says has “no intention” of sending it back.

Foster has now filed an official complaint with the Office of the Special Counsel, a watchdog for federal employees, in which she alleges HUD, according to The Guardian:

Let’s face it, here: Trump most likely chose Carson to be his Secretary of Housing and Urban Development because he’s black and once lived in an urban environment. But we suspect he also chose him due to his sycophantic loyalty, which is the only pre-requisite that Trump requires.