The United States Blues
Home National News Chelsea Clinton Trashes Trump On The View In A Most Quietly Effective... 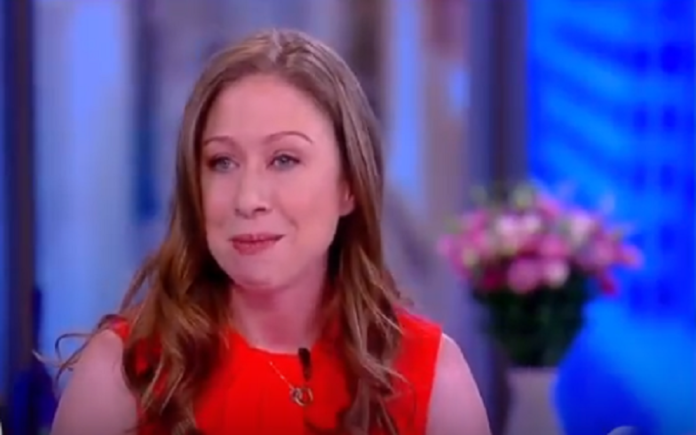 Chelsea Clinton has been forced to endure a lot as the daughter of former President Bill Clinton, and her mother, Hillary Clinton, who perpetually tried to be president.

Chelsea had to listen to every right-wing nutjob with a two-bit radio show attack her mother for decades. Worse still, she has to watch as a (probably) criminally man-baby treats the country as a reality TV show when her mother – faults and all – would have made an effective leader.

The former First daughter has taken a few clever shots at Trump and his mafioso freakshow of an administration every now and then (who wouldn’t), but she’s mostly remained classy and laisser-faire. You know, the complete opposite of what Trump’s kids would’ve done had he not won the electoral college.

During a recent appearance on The View, Chelsea channeled some of her mother’s steely-eyed sangfroid when calling out the President on being, well, not remotely presidential.

“Do your job. Don’t worry about the Oscar ratings. … Or how my mom is doing, although, thank you. She’s doing great.”

Chelsea made these comment after co-host Sunny Hostin asked Clinton what troubled her “most about the state of the country right now” and what message she would say to the president about it.

Chelsea would then go on to eat the President for breakfast, lunch, dinner, and dessert.

Whatever issue that you most care about, please, like, lead us forward on that. So, that’s what I’d say to the president. So Mr. President, if you’re watching, well, you heard what I said.”

But kudos to Chelsea for speaking up for the sane part of America.

Watch the segment below: