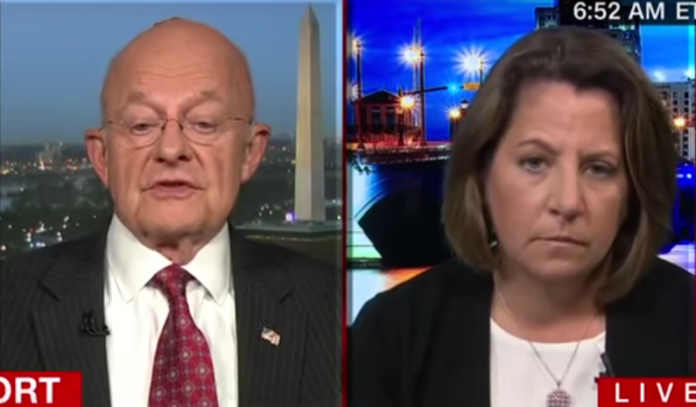 Special Counsel Robert Mueller’s final report on the Russia investigation has many scratching their heads and asking even more questions after he somehow determined that Trump and his 2016 campaign did not collude with Russia during the election. On the question of obstruction of justice, Mueller cowardly declined to make a judgment and left the decision to Barr, a Trump crony who obviously decided to let the man who appointed him off the hook.

Barr would go on to summarize the report to Congress by writing that while it clears Trump of collusion, it doesn’t exonerate him either regardless of what Trump is now claiming.

On Tuesday, former Mueller chief of staff Lisa Monaco weighed in by also wanting to see the full report, especially the part concerning obstruction because it sounds like Barr “inserted himself” into the conclusions of the special counsel.

“What I think is quite striking is the attorney general’s decision to weigh in,” she said. “It seems to be that, what may be the case, is that Bob Mueller and his team laid out a road map if you will for the next phase in this process, for Congress.”

As for Clapper, he praised Mueller for his professionalism, but also demanded that Barr release the full report.

“For me, as a layman, not as an attorney, it sure looked like obstruction was committed to me,” Clapper said before pointing out that Barr concluded his letter by laying the groundwork to delay releasing additional details or bury the report entirely.

Congress clearly must subpoena the full report. Because the report does not exonerate Trump, the American people need to know why and we need to know how strong of an obstruction case Mueller had. It’s probably also important to subpoena Mueller and ask him if Barr interfered with the report in any way.

Because this report opens the door for future presidential candidates to get help from foreign countries to win elections and makes it even easier for presidents to obstruct justice at will. How can we honor the Constitution’s impeachment clause that says the president can be removed for committing high crimes and misdemeanors if the Justice Department won’t let the president be indicted or charged with such crimes?

In the end, Mueller failed to do his job as a special counsel. He failed to interview multiple witnesses, including Trump himself and his children and flaked out when it came time to determine whether obstruction had been committed. This was not as “thorough” an investigation as Americans had been led to believe.