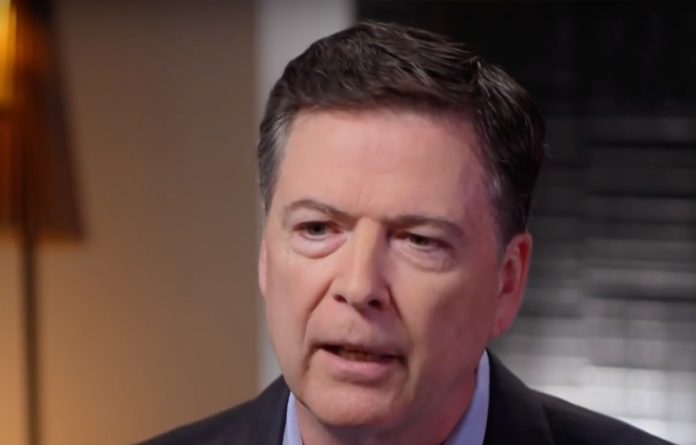 Last week, former FBI director James Comey published an op-ed in the New York Times in which he explained that he hoped the Mueller report would not lead to impeachment. Instead, he hoped the American people would rectify the glaring Trump problem at the still-compromised elections in 2020. Comey made it clear he feared impeachment would divide the country, though he compared Trump to a “chronic liar who repeatedly attacks the rule of law.”

Well, that was last week.

The Mueller report remains to be seen, but Trump’s newly appointed Attorney General Bill Barr released his four-page letter opinion of it on Sunday. Much of the major media immediately began proclaiming it was the Mueller report, which it wasn’t. Trump self-exonerated himself on TV even though Barr’s letter explicitly states Trump is not exonerated on the charges of obstruction. For that matter, the public remains in the dark on all matters, as Mitch McConnell seems to be intent to facilitate partisan obstruction, shooting down two votes to make the report public.

Following this blatantly partisan attempt to block the public from seeing what’s in the report, which may contain as many as 999 pages, the majority of Americans (56%) believe Trump is not exonerated on charges of collusion with Russia, much less obstruction of justice. After all, Trump said in public in an interview with Lester Holt that he fired Comey due to the Russia investigation. That’s obstruction, plain and simple, right?

So last night, James Comey has made another appearance with Lester Holt on NBC News. He seems positively baffled why Mueller would not make a determination on obstruction, as would be anybody with common sense.

“Comey said he couldn’t ‘quite understand’ why Mueller didn’t come to a conclusion regarding obstruction when the “entire rationale for the special counsel is to make sure the politicals aren’t making the key charging decisions.”

“So the idea that a special counsel wouldn’t reach the question and hand it to the political leadership doesn’t make sense,” Comey said.

Comey believes what Trump said to Holt was “potentially obstruction of justice, and I hope somebody is gonna look at that.”

Oh trust us, Comey, we are all looking at that and have been ever since Holt’s interview aired on May 11, 2017.

Trump spelled out his clear intentions to remove the then-acting Director of the FBI from his job because he didn’t like the Russia investigation. How could Bill Barr conclude there is “not sufficient to establish that the President committed an obstruction-of-justice offense?” It’s absurd.

Comey explicitly states that Bill Barr should not be the person to make any determination on obstruction charges. So why did he in his summary letter?

“The purpose of the special counsel is to make sure that the politicals, in this case, the Attorney General, doesn’t make the ultimate call on whether the subject of the investigation, the President of the United States, should be held criminally liable for activities that were under investigation,” said Comey.

Even though Barr’s letter states that Mueller could not indict Trump over collusion (again we don’t know what’s in the report) the case of obstruction is still wide open. Trump is not exonerated…not even close. Even without the report, evidence has been in front of our faces all along thanks to journalists.

“The notion that obstruction cases are somehow undermined by the absence of proof of an underlying crime, that is not my experience in 40 years of doing this, nor is it the Department of Justice’s tradition. Obstruction crimes matter without regard to what you prove about the underlying crime,” Comey said.

Comey goes on to explain how foolish it is for Trump to say that no future president should face the investigations that he has faced. If Trump’s name were Barrack Obama, he would have been impeached by Republicans many times over by now.

See the full interview below: