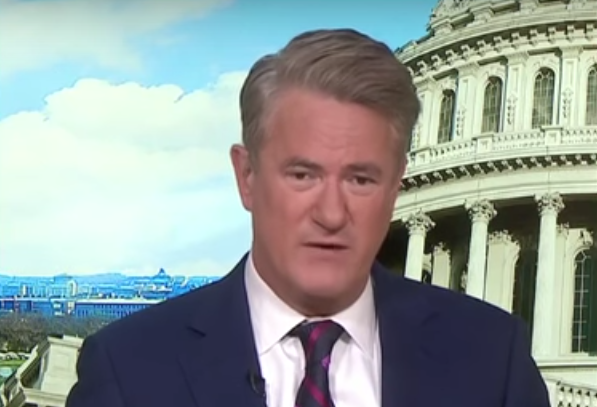 Department of Education Secretary Betsy DeVos announced earlier this week that she planned to defund the program entirely to comply with Trump’s budget, which has not been passed by Congress.

Needless to say, parents across the country are outraged, especially since Trump has repeatedly claimed to be a champion for special needs children.

Apparently, Trump’s budget cuts are designed to offset his massive tax cuts for the wealthy, which caused the deficit to skyrocket and have not benefited the majority of Americans at all.

“There is no justification for this administration stripping funds from the Special Olympics,” Scarborough began, going on to refer to Trump as “heartless” because he’s attacking these kids while bragging at Mar-a-Lago that he “just made his billionaire buddies a ton of money when he cut taxes.”

Mike Barnicle, whose wife sits on the Special Olympics board, slammed Trump for targeting the program:

“You’ve set out and established one of the constant themes of this Trump presidency,” Barnicle said. “He has separated families at the border, he wants to cut off Medicare funding — he has declared war on the poor. We now have the prospects of work requirements for Medicaid recipients. Now let’s cut the funding for Special Olympics.”

“There’s a level of cruelty and blindness to reality that is staggering,” Barnicle continued. “The only thing that I can think that I conceive of is that the president of the United States gives very little thought to these people, as long as he is in the center of the ring. It doesn’t matter whether he’s taking punches, winning or losing, because he has convinced himself in the center of that ring, his own ego, that it is only he who is important, that it is only he who means anything.”

“Corporations just rolling in money after the tax cuts,” he said. “I talked to some CEOs talking about what an incredible windfall that was, and the hundreds of millions of dollars that went their way.”

He then pointed out that accused-billionaire pedophile Jeffrey Epstein got a tax cut from Trump while Special Olympics kids are getting nothing. Even New England Patriots owner Robert Kraft, who recently got busted for soliciting prostitutes in Florida, also got a tax cut.

Democrats and Republicans should be outraged, and many of them are. Morning Joe noted that top Senate committee Republicans are saying that they have no intention to defund the Special Olympics, which means Trump is once again picking a losing fight that also demonstrates how pathetic and cruel he is ahead of the 2020 Election.