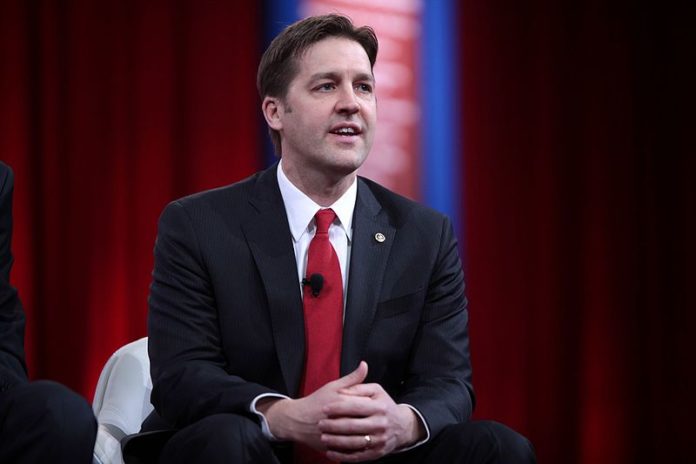 Senator Ben Sasse (R-Neb.) has worked tirelessly to bring billionaire child rapist Jeffrey Epstein to justice, and he may get what he wants after a federal judge ruled this week that the prosecutor handling the case committed misconduct.

Epstein molested at least 30 children and got away with it after former federal prosecutor Alexander Acosta put a deal on the table allowing him and his attorneys to dictate the terms. As a result, Epstein only had to register as a sex offender, his crimes were buried and his victims were not told about the deal until it was too late for them to reject it.

Epstein has been free ever since and Acosta is now Secretary of Labor for Epstein’s good buddy President Donald Trump, who has been accused of raping an underage girl at a party hosted by Epstein.

Revelations about the deal angered Sasse, who demanded the Department of Justice investigate.

“The fact that this monster received such a pathetically soft sentence is a travesty that should outrage us all,” Sasse wrote. “I am particularly disturbed by this reporting indicating that federal prosecutors went out of their way to arrange this sweetheart deal for Epstein and conceal it from the abused who could have objected to it, in apparent violation of federal law. We need answers about this epic miscarriage of justice.”

On Thursday, a federal judge ruled that Acosta violated the rights of the victims by offering such a lenient deal to their abuser, but stopped short of overturning the deal.

And that’s why Sasse released a new statement demanding the DOJ reopen the case.

“Jeffrey Epstein is a monster and his victims deserve justice,” Sasse said. “I’m relieved that the court agrees that it was wrong to hide this child rapist’s pathetically soft deal from his victims, in violation of federal law. The fact that it’s taken this long to get this far is heartbreaking and infuriating. The Department of Justice should use this opportunity to reopen its non-prosecution agreement so that Epstein and anyone else who abused these children are held accountable.”

He even cited previous case law stating that “the [Crime Victims’ Rights Act] authorizes the rescission or ‘reopening’ of a prosecutorial agreement, including a non-prosecution agreement, reached in violation of a prosecutor’s conferral obligations under the statute.”

That means the DOJ can void the deal and seek real justice for the victims, which should happen because this deal should never have been offered in the first place, especially not with all the evidence against Epstein that would have likely put him in prison for life.

And you can bet that Sasse won’t rest until justice is served.