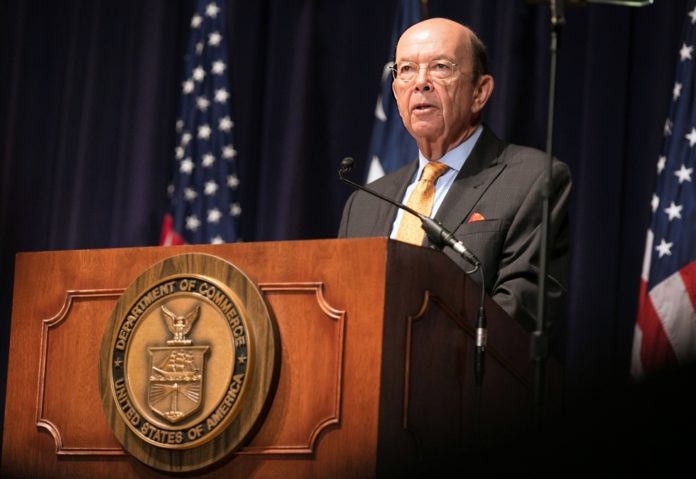 A very bad week for the Trump administration just got considerably worse with a report from NBC News alleging that Commerce Secretary Wilbur Ross has numerous business ties to Russian oligarchs who are connected to Vladimir Putin. Furthermore, these ties involve members of Putin’s own family. (see video below …)

Ross, a billionaire, has significant investments in a shipping company, Navigator Holdings. Navigator has one of its more important business relationships with a Russian energy firm which is directly controlled by Putin’s son-in-law and other high-level members of Putin’s inner circle.

During his confirmation hearings, Ross failed to disclose all of his business holdings, including those in Navigator. The new information on Ross and Navigator was gleaned from more than 7 million internal documents of Appleby, a law firm based in Bermuda. As NBC and the German newspaper Süddeutsche Zeitung first reported Sunday the latest information is especially damaging to Ross:

“In Ross’s case, the documents give a far fuller picture of his finances than the filings he submitted to the government on Jan. 15 as part of his confirmation process. On that date, Ross, President-elect Donald Trump’s choice for commerce secretary, submitted a letter to the designated ethics official at the department, explaining steps he was taking to avoid all conflicts of interest.

That explanation was vital to his confirmation, because Ross held financial interests in hundreds of companies across dozens of sectors, many of which could be affected by his decisions as commerce secretary.”

The news about Ross comes at a difficult time for the White House as it relates to Russia. On Monday, Trump’s former campaign manager was indicted by a federal grand jury as part of Special Counsel Robert Mueller’s investigation into the 2016 election. Additionally, a guilty plea by former foreign policy adviser George Papadopoulos has called into question the veracity of statements made by Attorney General Jeff Sessions during his confirmation hearings.

Here’s more on Ross and his connections to Putin: