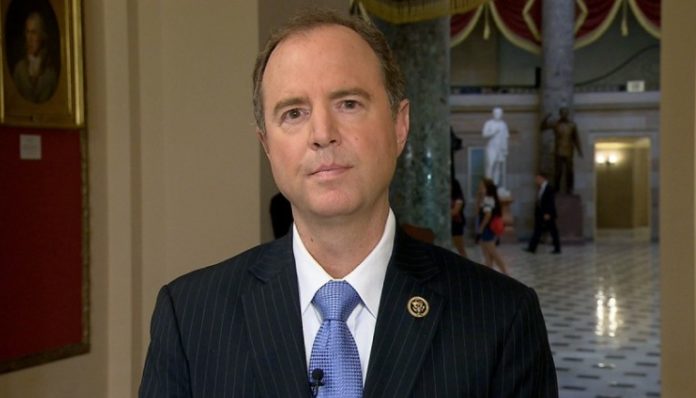 Rep. Adam Schiff (D-CA) isn’t buying what Attorney General William Barr is tying to sell with his four-page summary of the Mueller report, and he’s vowing to get to the bottom of the issue with continued investigations by the House Intelligence Committee he chairs.

In an interview with the Washington Post, Schiff also said he thinks there was indeed collusion between President Donald Trump and Russia:

“Undoubtedly, there is collusion. We will continue to investigate the counterintelligence issues. That is, is the president or people around him compromised in any way by a hostile foreign power?

“It doesn’t appear that was any part of Mueller’s report.”

Republicans say they’re outraged that Schiff refuses to be satisfied by Barr’s summary, even going to far as to suggest he should resign from office, with White House counselor Kellyanne Conway remarking:

“Adam Schiff should resign. He has no right as somebody who has been peddling a lie day after day after day unchallenged. Unchallenged and not under oath. Somebody should have put him under oath and said, ‘You have evidence? Where is it?'”

Actually, Schiff has every right as a member of Congress and an American citizen to criticize and question the actions of any elected official he so chooses. Ms. Conway has apparently forgotten that her boss does the very same thing when he casts aspersions on anyone that dares to disagree with him. If we were to judge who should resign based on who lies, Donald Trump would have been forced to leave office a week after he was sworn in.

Also, until the full Mueller report is released, along with all of the supporting documentation from the special counsel’s investigation, we are stuck having to rely on the word of Trump’s handpicked attorney general, and that’s simply not acceptable. If nothing else, Congress is entitled to the full report immediately without any redactions whatsoever.

Expect new hearings for both Barr and Mueller to appear before Congress in the days ahead.