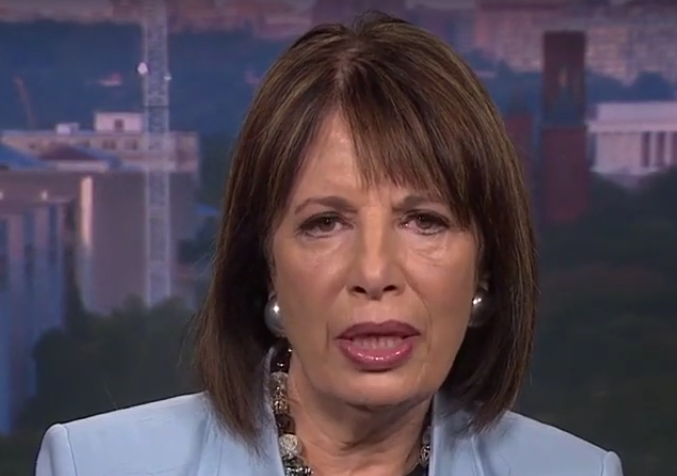 The Treasury is not a piggy bank that the president can raid for his campaign expenses, but that appears to be what President Donald Trump promised to do while trying to persuade Ukraine to investigate former Vice-President Joe Biden. And Rep. Jackie Speier (D-Calif.) called him out for it on Friday.

We learn more about what the whistleblower complaint about Trump may contain with each passing day, and now it’s being reported that a Trump appointee tipped off the Inspector General after Trump made a phone call with Ukraine and promised military and financial support in exchange if the nation would help Trump’s campaign perform opposition research against Biden.

Of course, if this is the case, it’s very illegal. It would also be considered a high crime demanding immediate impeachment.

On Friday, Speier slammed Trump for attempting to rob the American people to pay for illicit campaign services from another country, especially since Ukraine is close to Russia, which helped Trump during the 2016 Election.

“So if, in fact, what is being reported is true, that means the president of the United States is using taxpayer money to try and have opposition research for his political campaign determined by how much money he gives to a foreign country and that is reprehensible,” Speier said. “What’s so ironic about that is the president made no effort and has disputed the fact that Russia worked on efforts to undermine our election in 2016 and refuses to admit that that took place.”

Foreign nations are not supposed to have any influence on our elections, but Trump is personally pressuring Ukraine to get involved on his behalf, and is basically offering a bribe that taxpayers would have to pick up the tab for. It’s outrageous, and House Democrats could now have a smoking gun to justify impeachment. It’s just a matter of forcing the Director of National Intelligence to release the whisteblower complaint. Because it must truly be bad for Trump if the DNI is refusing to obey the law by keeping it secret.