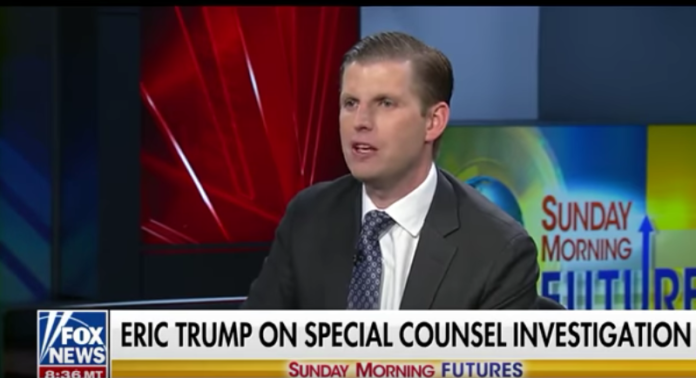 As we all know, Donald Trump accused Hillary Clinton of giving Russia 20 percent of our uranium resources in the so-called Uranium One deal that was approved in 2010.

However, Trump’s claim has been thoroughly debunked by various news sources, fact-checkers, and the government itself.

For one, as FactCheck.org has repeatedly pointed out, a committee of nine department heads unanimously approved the deal. Hillary Clinton was not part of the decision. Instead, Assistant Secretary of State Jose Fernandez represented the department. Furthermore, no uranium can be exported from the United States. All uranium mined by the company must be sold to commercial nuclear reactor operators.

In short, Russia does not control our uranium resources, and Hillary Clinton could not have stopped the deal because only the president can nix it.

Furthermore, most of the donations to the Clinton Foundation from a former Uranium One stakeholder came before her becoming Secretary of State and after he had already sold his shares.

But the facts are not stopping Republicans from continuing to pretend that Hillary Clinton is solely responsible for the Uranium One deal.

During an appearance on Fox News, Eric Trump parroted his daddy’s desperate call for an investigation, which would be nothing more than a witch hunt against Clinton to distract from the Russia investigation.

“The Russia thing is a total sham!” Trump claimed. “It’s total nonsense. There is zero collusion with Russia.”

But there is a lot of evidence that members of Trump’s campaign, including Eric Trump’s brother Don Jr., colluded with Russian officials. That’s why special prosecutor Robert Mueller has succeeded in indicting many of them.

The real scandal, Eric Trump contends, is the Uranium One deal.

“To me, it’s such a travesty that that’s not being investigated because there is something there and it smells and it looks horrible,” Trump declared. “It’s horrible what happened and you see all the other bad facts. And you at least know the 33,000 emails and every thing else, the fact that they will look into nonsense, something that didn’t happen, and that they will go on tangents for weeks and weeks about nonsense emails [between the Trump campaign and Wikileaks] and other things, but they won’t look into hardcore facts. It’s really a travesty. It’s unfair to this nation.”

The bottom line here is that the Uranium One deal is not in any way a scandal. It was approved by a committee and several other members of the United States government. It wasn’t done in secret. It did not endanger national security. And Hillary Clinton did not personally approve it. This is a witch hunt by Republicans who are trying to shift accusations of collusion against Trump and his campaign team to Hillary Clinton, who by now has become a right-wing boogeyman and one of the most used scapegoats in American history.

The whole reason why an investigation of Trump exists is because there is a ton of evidence. The reason why an investigation of Hillary Clinton does not exist is because there is no evidence at all. Any court of law would dismiss the case against Hillary immediately and any self-respecting judge would laugh as the government prosecutors walked out in shame.

You know who else should be ashamed? Maria Bartiromo. She knows damn well that Uranium One has been repeatedly and totally debunked and it’s her job as a journalist to call Trump out for beating a dead horse. But she is apparently too busy sucking up to the Trump family to give a damn about the facts.