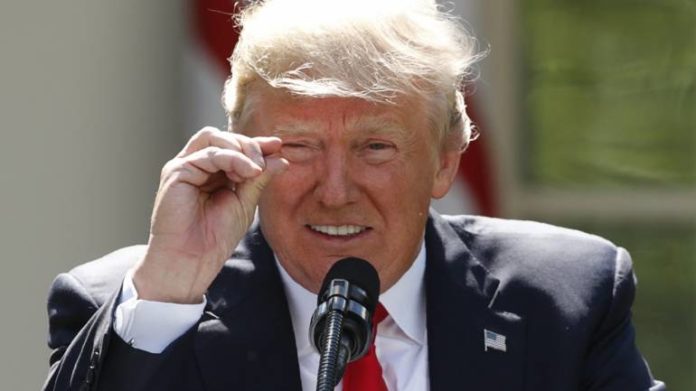 Since he resolutely refuses to release his tax returns or other information related to his net worth, the only indication we have regarding the financial condition of President Donald Trump and the Trump Organization comes solely from Trump himself, who loves to brag about what a great businessman he is and that he’s rich beyond belief.

But as financial reporter Jonathan Greenberg discovered when he began looking into Trump’s finances, the truth is an entirely different matter.

Greenberg recently wrote a piece for The Washington Post on how Trump intimidates and threatens reporters who dare to report the truth about the president’s precarious financial standing, and he also appeared on CNN Monday morning to discuss his Post article, in which he writes:

(In the spring of 1990) Forbes Senior Editor Richard Stern and contributor John Connolly prepared a cover story based on a document leaked from the New Jersey Casino Control Commission, which showed the debt load of all of Trump’s properties, as well as a Wall Street analyst’s calculation that the Taj Mahal needed to net $1.3 million every day just to stay afloat. The reporters estimated that Trump’s true net worth figure was less than zero.

On the Monday of the week the story was to be published, Stern met with Trump to seek a comment he could include in the article. The mogul exploded, threatening to sue Forbes. On Tuesday, “orders came from on high” to change the story’s estimate of Trump’s net worth to $500 million, Stern recalls. “I got into a shouting match with [Jim] Michaels,” Forbes’s powerful top editor, Stern says. “Forbes bent. We had to jigger the numbers to give Trump a positive net worth.” (Michaels died in 2007.) Connolly says the cover line was also changed, from “Is Trump Broke?” to “How Much Is Donald Really Worth Now?,” which is how it appeared on May 14, 1990.

“The editor that wrote… the first story to question whether [Trump] was failing before his bankruptcy was the subject of an investigation and of threats by Trump and bullying. And the magazine backed down and changed its story and told them to say — instead of ‘Trump was worth below zero’ — that he had a net worth of $500 million. The reason they did it is because Trump was threatening to sue, and he was also threatening to expose [Forbes publisher] Malcolm Forbes with some sort of outrageous lie that Trump had concocted.

“Truth is like kryptonite to Donald Trump and truth tellers are mortal enemies because they destroy his myth of success.”

Donald Trump is a failure at business and always has been. The only things he’s good at are lying, creating a myth around himself, and managing to fool enough people into believing his BS that he doesn’t get laughed at whenever he walks into a room.