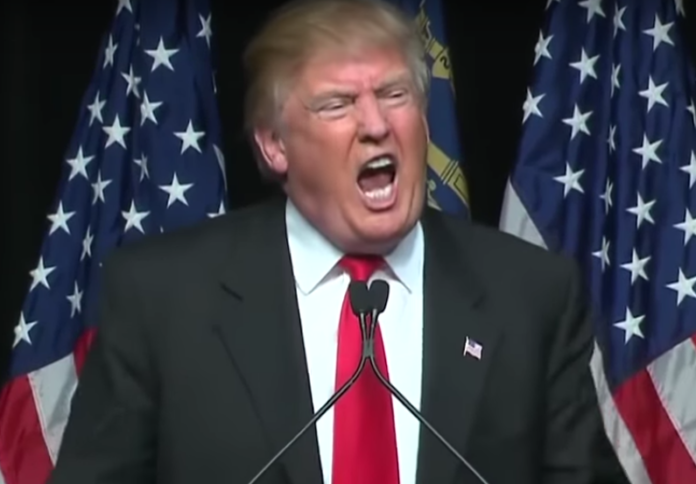 Republicans in Congress are getting even more pressure to support impeaching President Donald Trump this week by former Republican federal attorneys who released a video arguing their case to prosecute him.

Former deputy associate Attorney General Jeffrey Harris, who served under President Ronald Reagan, joined by Paul Rosenzweig, former deputy assistant Secretary of Homeland Security under former President George W. Bush; and Donald Ayer, who served as former deputy Attorney General for George H.W. Bush, appeared in a video published by Republicans for the Rule of Law on Thursday as the GOP continues to ignore the damning conclusions of the Mueller report.

“This administration in my view has an absolute disregard for the law,” Harris began.

“The Mueller report makes a very strong case on obstruction of justice,” Rosenzweig chimed in.

All three were willing to give Attorney General Bill Barr the benefit of the doubt when he delivered his four page summary of the Mueller report, only to be shocked at how inaccurate it was when they read the actual report.

Much like Rep. Justin Amash (R-Mich.), the former high-ranking Republican officials reached their conclusions after reading the full redacted report, something many Republicans apparently have been refusing to do.

Harris explained that the decision to prosecute isn’t even a close call because of the severity of the obstruction crimes.

“Obstruction of justice and perjury are far more important than most normal crimes,” Rosenzweig explained. “They go to the absolute core of how the rule of law functions in this society.”

“The system itself if designed to find the truth,” Rosenzweig continued. “Obstruction of justice undercuts the very foundations of the trial system by denying the people who are going to decide what happened access to the truth.”

Ayer then laid out the timeline of Trump’s various acts of obstruction from firing former FBI Director James Comey to witness tampering.

Harris pointed out that Trump’s actions should be concerning to all Americans who “care about the honest workings of government.”

“If the rule of law stands for nothing, we have anarchy,” he said.

“One of the most disturbing things to me is the conduct of Republicans, in the Senate and in the House,” Ayer said. “These are actually smart people. They know that there is a damning case, in the Mueller report, of obstruction of justice by the president, and they are acting like it’s not. And that’s just flatly dishonest. And they seem to be doing it because they think Trump is the only game in town.”

Rosenzweig then slammed Republicans for not being real conservatives because conservatives are supposed to “conserve” the country by upholding the rule of law.

“Now is the time to put your principles first,” he concluded. “It’s not a time to sit silent.”