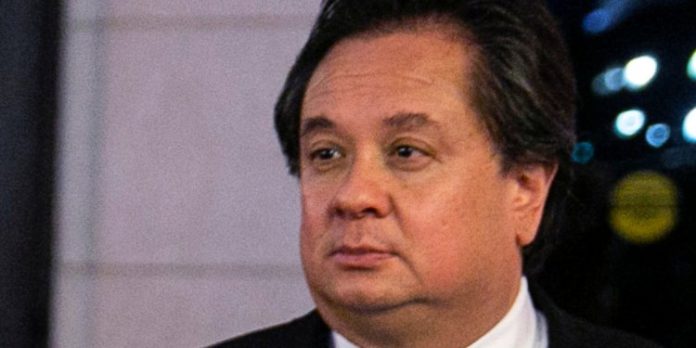 In an op-ed he wrote for The Washington Post, attorney George Conway (who also happens to be the husband of senior White House counselor Kellyanne Conway) says the Republican Party needs to take a close look at the latest accusation of rape leveled against President Donald Trump by writer E. Jean Carroll.

In particular, Conway notes that there is a great deal more evidence of rape against Trump than there was when Juanita Broaddrick accused former President Bill Clinton of the same thing:

“Republicans and conservatives rallied to her cause then, and they did so once again in 2016. Democrats and liberals, not so much — although in the wake of the #MeToo movement, some have since acknowledged the credibility of Broaddrick’s claim. But today there’s another woman with a similar allegation, against a different powerful man. Her name is E. Jean Carroll.

“She, too, says that she was raped — by Donald Trump.”

And then Conway uses Trump’s own words regarding Broaddrick and says they need to be applied to the current head of state:

“Trump called Broaddrick ‘courageous,’ and if Broaddrick was courageous, then certainly Carroll is as well. For Carroll’s story is at least as compelling as Broaddrick’s — if not more so.”

Conway also makes sure to point out that Trump’s credibility is already shot by his blanket denial that he had ever even met Carroll even though there is a photo of him from the mid-1980s proving he did:

“If Trump had even bothered to glance at Carroll’s published account, he would have seen a photograph of himself and his then-wife, Ivana, from 1987 ― in which he was amiably chatting with Carroll and her then-husband. By making the absurd and mendacious assertion that he never even met Carroll, Trump utterly annihilates the credibility of his claim that he didn’t assault her.

“Republicans or conservatives who promoted Broaddrick’s charges would be hypocritical if they fail to champion Carroll and condemn Trump.”

But they won’t champion Carroll and condemn Trump, because they’re cowards and hypocrites, just like Donald Trump.