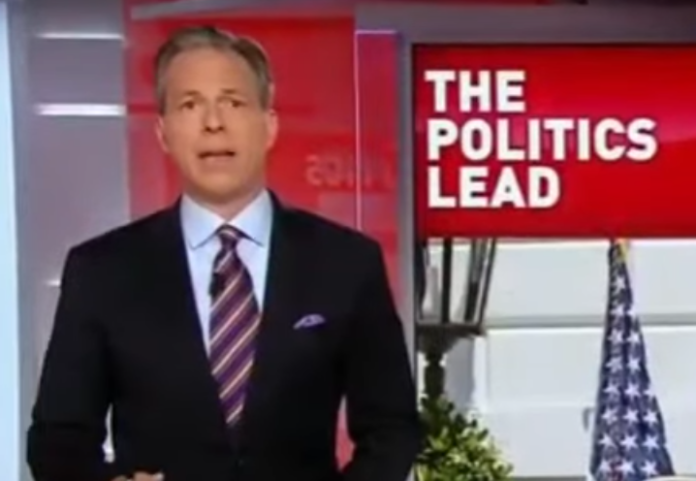 CNN anchor Jake Tapper took no prisoners during his show on Monday when he dropped a truth bomb on President Donald Trump and his racist supporters by reminding them that Rep. Ilhan Omar (D-Minn.) has been an American citizen longer than First Lady Melania Trump.

Trump shocked the nation on Sunday with an outrageously racist attack on Omar and three of her progressive colleagues, Reps. Alexandria Ocasio-Cortez (D-N.Y.), Ayanna Pressley (D-Mass.) and Rashida Tlaib (D-Mich.) in which he demanded they go back to the countries they came from.

So far, only cowardly Republicans have refused to condemn Trump’s hateful remarks against the congresswomen. However, Republican consultant Ana Navarro did remind Trump that his own wife was not born in this country.

Melania was born in Slovenia in 1970 and did not come to the United States until 1996. Meanwhile, Ilhan Omar came to America as a child in 1992.

And if that’s not enough to make conservative heads explode, it also turns out Omar has been a United States citizen longer than Melania, as Tapper helpfully pointed out.

“The president was seeming to be referencing Reps. Alexandria Ocasio-Cortez, Rashida Tlaib and Ayanna Pressley, who were born in New York City, Detroit, and Cincinnati, respectively,” Tapper remarked on Trump’s tirade. “As well as Congresswoman Ilhan Omar who came to the U.S. as a child, a refugee from Somalia and has been a U.S. Citizen since a teenager, longer than the first lady.”

Indeed, Omar became a United States citizen in 2000 at the age of 17 while Melania did not obtain citizenship until 2006 at the age of 36.

Omar went to school here and grew up here while Melania came here as an adult.

Tapper even debunked Trump’s claim that Omar has never said anything good about the country by sharing one of her tweets from April.

This country was founded on the ideas of justice, of liberty, of the pursuit of happiness. But these core beliefs are under threat. Each and every day. We are under threat by an administration that would rather cage children than pass comprehensive immigration reform.

No one person – no matter how corrupt, inept, or vicious – can threaten my unwavering love for America. I stand undeterred to continue fighting for equal opportunity in our pursuit of happiness for all Americans.

Clearly, Trump’s effort to demonize Omar just backfired and he owes her a public apology that we all know he will never offer. It must burn Republicans to be informed that Omar has been an American longer than Melania and even Trump must feel humiliated by the facts. Next time, he should do his homework before he opens his racist mouth.