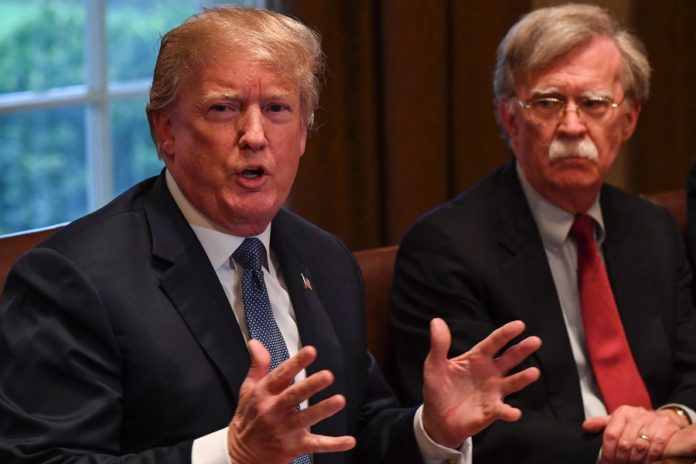 If recently fired national security adviser John Bolton does indeed decide to write a book about his time in the Trump administration, it promises to be an absolute page-turner based on what he had to say Wednesday at a private lunch, Politico notes:

(Bolton) harshly criticized Trump’s foreign policy on Wednesday at a private lunch, saying that inviting the Taliban to Camp David sent a “terrible signal” and that it was “disrespectful” to the victims of 9/11 because the Taliban had harbored al Qaeda.

Bolton also said that any negotiations with North Korea and Iran were “doomed to failure,” according to two attendees.

And Bolton, according to attendees, was just getting warmed up, letting loose on Trump’s so-called foreign policy when it comes to just about every international challenge facing the United States, including:

And Bolton also took personal shots at Trump, though he never called the president by name:

“He ripped Trump, without using his name, several times,” said one attendee. Bolton didn’t immediately respond to a request for comment.

Bolton also said more than once that Trump’s failure to respond to the Iranian attack on an American drone earlier this summer set the stage for the Islamic Republic’s aggression in recent months.

When asked about Bolton’s remarks, the president, who was visiting a section of the U.S.-Mexico in San Diego, told reporters:

“John was not able to work with anybody, and a lot of people disagreed with his ideas. A lot of people were very critical that I brought him on in the first place because of the fact that he was so In favor of going into the Middle East, and he got stuck in quicksand and we became policemen for the Middle East. It’s ridiculous.“