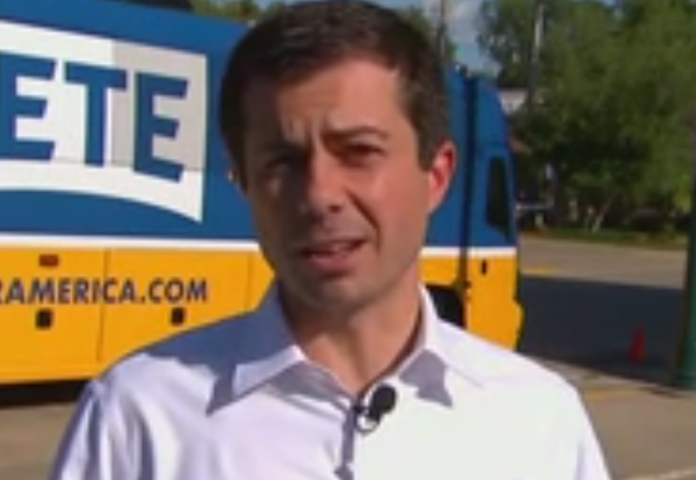 Mayor Pete Buttigieg has joined the chorus of Americans demanding that President Donald Trump be impeached for soliciting foreign government interference in the 2020 Election against his political opponents.

Trump’s scandalous scheme to promise military aid to Ukraine on the condition that they investigate former Vice-President Joe Biden so that he gets dirt on him to use on the campaign trail if Biden becomes the Democratic nominee is a major abuse of power that even former GOP Massachusetts Governor Bill Weld called “treason” on Monday morning.

House Democrats are now in a prime position to start an impeachment inquiry, especially since Trump’s desperate effort to hide the transcript of his phone call with Ukraine and the whistleblower complaint against him makes it clear that Trump knows both are damaging.

The pressure for Democrats to do something is only intensifying, and now Buttigieg is adding voice to those calling for impeachment.

During an appearance on “Deadline: White House” while on a bus tour of Iowa, the youngest Democratic candidate in the field did not hold back when asked if Congress is enabling Trump by not moving forward with impeachment.

“Do you see this as a green light to Donald Trump to continue to act in a lawless manner if Congress doesn’t move toward impeachment proceedings?” host Nicolle Wallace asked.

“I think he’s going to act in a lawless manner no matter what,” Buttigieg responded. “Look, he’s made it clear that he deserves to be impeached. We are also in a reality where the Senate Republicans have completely lost touch with their conscience. I support the House in taking on impeachment proceedings. I also think that the only real resolution to this will be defeating this president and his enablers in the congressional Republican caucuses. Look, what’s going on here is shocking. The president of the United States confessed to official misconduct and nothing appears to be changing around that.”

The time has come for Democrats to find their spine and do what’s best for the country. Trump committed a crime in office by asking a foreign government to look for dirt on his political opponents. Missing this opportunity to do something about it would backfire on Democrats, who are already seen as weak for slow-footing on impeachment. Trump won’t stop abusing his power unless Democrats make him stop. Republicans in the Senate must be forced to either support him or abandon him. And then American voters will see Republicans as the weak party, not the Democrats. It’s that simple.