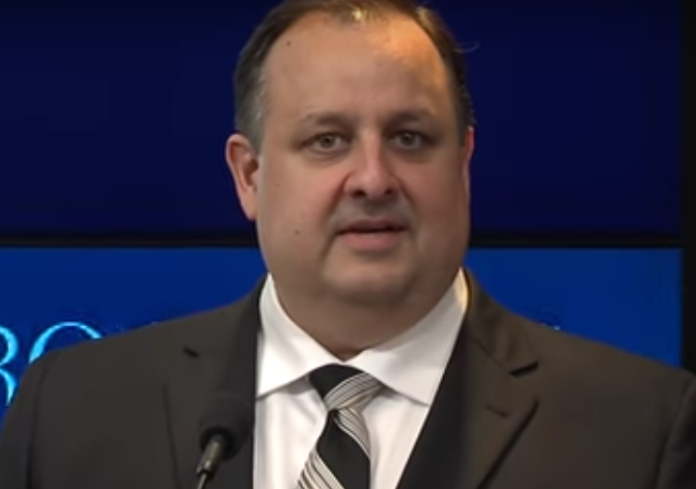 Earlier this month, a watchdog group demanded an investigation into McConnell and Chao for unfairly orchestrating the award of government grants for projects overseen by their pals back in Kentucky.

Now, Politico is reporting on the vast extent of the corrupt scheme.

“The Transportation Dept under Elaine Chao designated a special liaison to help with grant applications and other priorities from her husband Mitch McConnell’s state of Kentucky, paving the way for grants totaling at least $78 million for favored projects”https://t.co/JVbPxI7Evx

It’s yet another example of favoritism and nepotism run amok in our government since President Donald Trump took office. The top officer in the Senate is literally conspiring with his wife to use her position of power to steer millions of dollars in taxpayer money to their Kentucky friends, thus robbing more deserving projects in that state and others across the nation of funding.

In response to this obvious ethics violation, Shaub pointed out that this scheme is an impeachable offense and that it proves America is a banana republic.

This is the sort of thing that should lead to the impeachment of a corrupt official — that is, if her corrupt husband weren’t in a position to block that impeachment. We are now a full-fledged banana republic. We have nothing to teach the rest of the world except what not to be. https://t.co/UbLPaGM9nK

Challenged by a Trump supporter who used the 2018 Election as an example arguing that the United States is not a banana republic, Shaub fired back with devastating effect.

Huh. In non-banana republics, do cabinet-level officials typically steer taxpayer funds to advance their spouse’s political interests? Does the executive hire his children? Does the executive fire the nation’s two top law enforcement officials for allowing investigations of him? https://t.co/MbepApenLR

In non-banana republics, does the executive cover for the torture-murder of a journalist by one of his top customers? Does his nepotistic aide communicate by private encrypted app with said customer to evade official channels? Does he use govt resources to promote his businesses?

In non-banana republics, do people openly wonder whether the leader will ultimately relinquish power peacefully? Does the executive undermine investigation of foreign election interference?

Because, if so, you’re using the wrong yardstick to measure bananas. Try metric measure.

McConnell and his wife are clearly violating government ethics to enrich themselves and their friends with approval by Trump. This cannot be tolerated in our democracy and the American people should demand the immediate return of this money and McConnell’s and Chao’s resignations. This is a scandal that would have rocked the nation to its core in any other time.