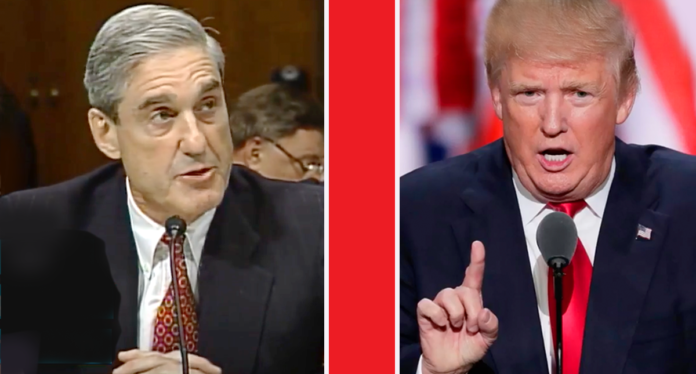 A new report from The New York Times indicates that Special Counsel Robert Mueller ramped up his investigation another notch, demanding documents directly related to President Donald Trump’s businesses for the first time.

The special counsel subpoenaed the Trump Organization to turn over documents relating to Russia “and other topics he is investigating.” The move could be seen as crossing a line that Trump had threatened Mueller about before, seeking information on his businesses beyond his ties to Russia, which may partly explain why Mueller chose to subpoena the organization, rather than simply ask for cooperation.

Breaking: Significant for Mueller to subpoena Trump ORGANIZATION for first time. About Russia.

And he could have *requested* material — this is a more assertive approach. https://t.co/LApQRP9bXc

“Mr. Trump said in an interview with The New York Times in July that the special counsel would be crossing a ‘red line’ if he looked into his family’s finances beyond any relationship with Russia.”

Now it appears Mueller isn’t intimidated by Trump’s warning, following the money to see how any foreign money may have been used to fund Trump’s political activities. For example, Mueller’s investigators recently questioned witnesses about the “flow of Emirati money into the United States.”

The investigation also appears to be looking at a real estate deal for a Trump Tower building in Russia. Felix Sater, a long-time associate of Trump connected the Russian mafia and also possibly an FBI informant for the US, communicated with Trump’s lawyer, Michael Cohen, suggesting a deal for a building in Moscow that could help the Trump presidential campaign prospects.

Mr. Sater wrote in an email that:

“Our boy can become president of the USA and we can engineer it. I will get all of Putins team to buy in on this, I will manage this process,” he said.

Congressman Ted Lieu (D-Calif.) gave an additional explanation why Mueller may have resorted to the subpoena:

Reasons Mueller would issue a subpoena rather than ask nicely:
-Mueller is not fooling around. Doesn't want to be nice.
-Subpoena carries the force of law.
-Sends message that if @realDonaldTrump fires him, it's because Trump is hiding something bad from the American people https://t.co/A6vKDOhy5o

Trump’s lawyers have reportedly reassured Trump the investigations would conclude, but the move by Mueller indicates it will carry on for months.

Meanwhile, there are reports that Trump may try to replace the recused Attorney General, Jeff Sessions with Environmental Protection Agency Administrator Scott Pruitt, which would be an obvious attempt to stop the Russia investigations from going forward.

See more from Wochit Politics below: