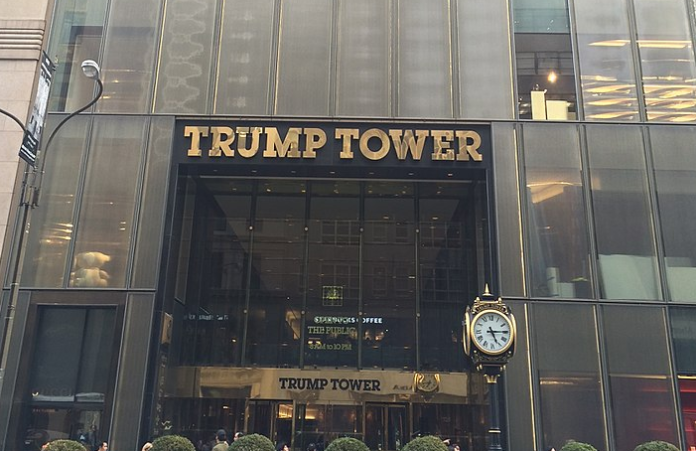 President Donald Trump may now be on the hook for state crimes that he can’t get away with after New York state investigators served a subpoena to the Trump Organization’s insurance broker on Monday in the wake of Michael Cohen’s damning testimony.

“To your knowledge, did the president ever provide inflated assets to an insurance company?” the freshman congresswoman asked.

“And where would the committee find more information on this?” she asked in the first of two follow-up questions. “Do you think we need to review his financial statements and his tax returns in order to compare them?”

“Yes,” Cohen said. “And you would find it at the Trump Org.”

That testimony gave the New York State Department of Financial Services all the ammunition it needed to subpoena the Trump Organization’s longtime insurance broker known as Aon.

“We can confirm that we received a subpoena from the New York State Department of Financial Services and, as is our policy, we intend to cooperate with all regulatory bodies,” Aon told ABC News in a statement. “We do not comment on specific client matters.”

If Trump gets busted for committing insurance fraud by the state of New York, he would not have any pardon power because presidents can’t pardon state crimes, even for themselves. That puts him on the hook to be charged and tried once he leaves office. Furthermore, it gets investigators closer to his tax returns, which Cohen told Congress would prove that Trump inflated his assets. The crime could even warrant impeachment or lead to other crimes that will.

In case you’re keeping score, that’s another win for Ocasio-Cortez, Democrats, federal prosecutors, and the American people. And it’s a devastating blow to Trump that likely has him in a state of absolute panic right now.