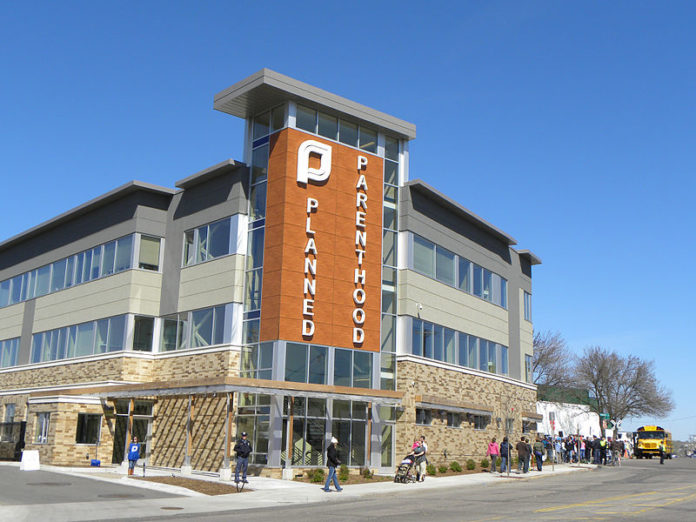 Rather than comply with President Donald Trump’s draconian abortion gag rule that would have forced Planned Parenthood to not discuss the procedure with patients, the organization withdrew from the Title X federal funding program, and women are understandably livid.

In yet another attack on women, Trump’s gag rule forced Planned Parenthood to withdraw from the program and the $60 million of funding they had received every year to help care for patients.

Only three percent of the services Planned Parenthood offers is related to abortion while the rest has to do with contraception, cancer screenings and other services that low-income patients desperately need.

But those services are going to be much harder to provide now that Planned Parenthood no longer receives federal funding. The organization made a brief announcement on Twitter followed by a message from the organization’s political action arm.

Today, the Trump admin is forcing us out of the Title X program — our nation’s program focused on family planning, of which we serve 40% of patients. This is a *direct attack* on Planned Parenthood and on our health and rights, and we will not stand for it. #StandWithPP #ProtectX pic.twitter.com/WRMvzGafNq

For the first time in nearly 50 years, Planned Parenthood is being forced out of the Title X program, meaning people across the country who are already struggling to make ends meet might not be able to access the care they need.

“I want our patients to know: while the Trump administration may have given up on you, Planned Parenthood never will,” Acting Planned Parenthood CEO Alexis McGill Johnson said in a statement condemning Trump’s policy. “Our doors are open today, and our doors will be open tomorrow. The Trump administration’s gag rule will reverberate across the country. This reality will hit hardest people struggling to make ends meet — including those people in rural areas and communities of color.”

“We believe that the Trump administration is doing this as an attack on reproductive health care and to keep providers like Planned Parenthood from serving our patients,” she continued. “Health care shouldn’t come down to how much you earn, where you live, or who you are. Congress must act now. It’s time for the U.S. Senate to act to pass a spending bill that will reverse the harmful rule and restore access to birth control, STD testing, and other critical services to people with low-incomes. People’s lives depend on it.”

While Trump supporters are celebrating, women are pissed, including the top three women running for the Democratic 2020 presidential nomination.

Trump’s domestic gag rule is forcing Planned Parenthood out of Title X, limiting access to affordable birth control and critical reproductive care for millions of people. This is a disgrace.

As president, I will undo this gag rule on my first day in office.

The Trump administration is deliberately obstructing low-income people’s access to basic health care services & interfering in medical decisions made by patients & their doctors. If the administration won’t #ProtectX, then the courts must. https://t.co/FfTInsUGIa

This administration is trying to hold health care providers hostage in order to restrict patients’ reproductive rights. The people who’ll be hurt by it are Americans in need of basic health care. It’s despicable.

The Title X gag rule is an affront to medical ethics by gagging doctors from referring women for abortion services. Forcing Planned Parenthood out of Title X hurts millions of low income women who depend on it for STD testing, cervical cancer screening, and women’s health care.

Trump has already earned the wrath of women across the country, now he’s done something to make them angry enough to vote next November. Because you be damn sure that they will remember the day Trump took their healthcare away from them.