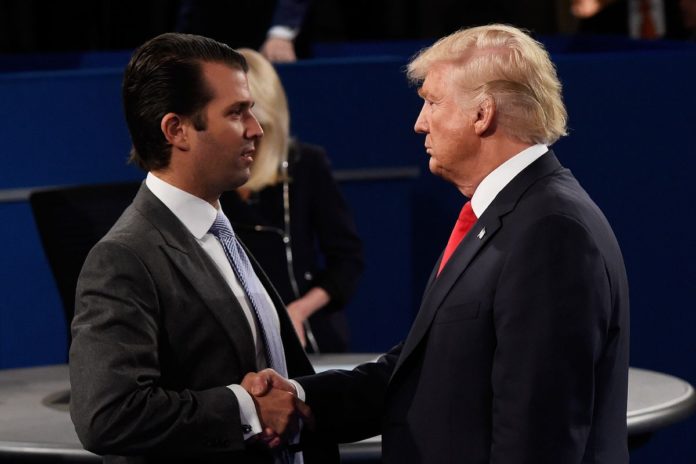 If perhaps you were wondering how President Donald Trump really feels about his children, and which one is his favorite, a new interview the president gave to Elaina Plott of The Atlantic makes is clear that Donald Trump Jr. is not exactly the apple of his father’s eye.

The president spent 20 minutes on the phone with Plott, and most of the time he used to brag on Ivanka, who he said he had considered appointing to the United Nations or World Bank because she’s “good with numbers” and calm.

Asked about his five children, Trump said he was proud of all of them, but he kept returning to Ivanka, whom he often refers to as “baby”during meetings at the White House and is the only one of his kids to serve as an adviser:

“And Eric is running the business along with Don, and also very much into politics. I mean, the children — the children have been very, very good.”

Don is, uh, he’s enjoying politics. Damn! Talk about damning someone with faint praise. Even Tiffany got a better review from her father than Junior, and you almost never see her.

But when the conversation turned to Ivanka, the president suggested that she’d be the one to succeed him in the political arena, telling Plott:

“If she ever wanted to run for president. I think she’d be very, very hard to beat.

“She went into the whole helping-people-with-jobs, and I wasn’t sure that was going to be the best use of her time, but I didn’t know how successful she’d be. She’s created millions of jobs, and I had no idea she’d be that successful.”

Ivanka Trump has created millions of jobs? Really? Can the president provide any proof of that claim? It sounds like just more of his usual BS.

Poor little Don Jr. He so wants to be admired and loved by his father, but, uh, that seems to be an impossibility.