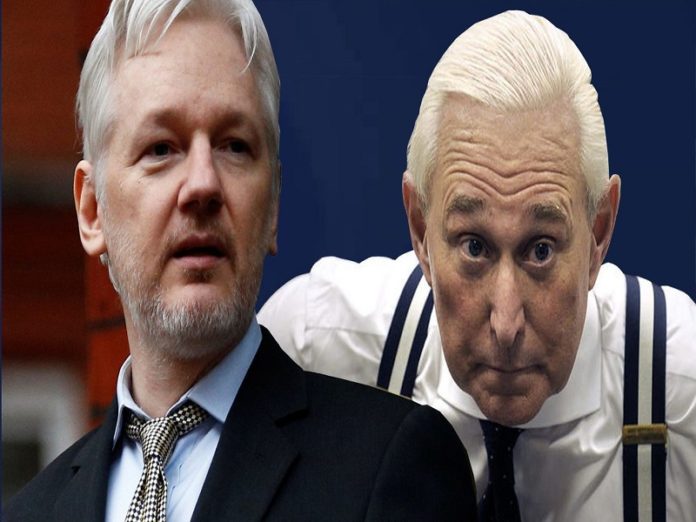 The Washington Post reports that Stone, an unofficial adviser to then-candidate Donald Trump, said he had learned from WikiLeaks founder Julian Assange that his organization had:

“…Obtained emails that would torment senior Democrats such as John Podesta, then campaign chairman for Democratic presidential candidate Hillary Clinton.”

The DNC and John Podesta were hacked, and the public didn’t know it.

That really doesn’t bode well for Stone. Worse yet, he apparently told Sam Nunberg about all of this, which might explain why the Stone stooge doesn’t want to testify.

And since the Trump crew are the absolute worst liars, Stone claims he was just kidding. Oh yeah, treason is such a rich comedy area.

He said he only recalled having one conversation with anyone in which he alluded to meeting the WikiLeaks founder — a comment he said he made as a joke to a long-winded Nunberg.

‘I wish him no ill will, but Sam can manically and persistently call you,’ Stone said, recalling that Nunberg had called him on a Friday to ask about his plans for the weekend. I said, ‘I think I will go to London for the weekend and meet with Julian Assange.’ It was a joke, a throwaway line to get him off the phone. The idea that I would meet with Assange undetected is ridiculous on its face.’

Roger Stone is one of the biggest hacks in the business and he’s known for nasty partisan attacks and violent behavior. He was suspended from Twitter for violating its rules after putting out expletive-laden tweets.

He’s also been linked to being the one behind bringing Senator Al Franken down by manipulating former Fox News contributor Leanne Tweeden into going after Franken. So there’s no doubt Robert Mueller has a case file on Stone as thick as Stone’s head.