The United States Blues
Home Politics Judicial Roger Stone gets smacked down by federal judge for trying to have... 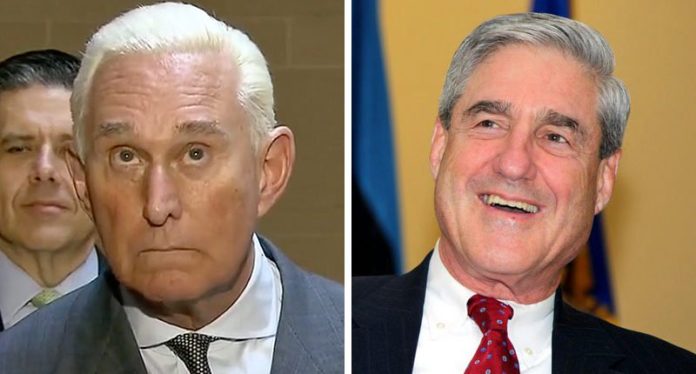 Trump stooge Roger Stone attempted to have his indictment tossed out this week, only to have his lunch eaten by Judge Amy Berman Jackson in a brutal ruling.

Arrested by the FBI and charged with multiple counts by former Special Counsel Robert Mueller as part of his investigation into Russian interference during the 2016 Election, Stone has argued that the indictment against him is illegal because the probe is somehow unconstitutional.

In a ruling issued on Thursday, Berman Jackson made it clear the appointment of Mueller as Special Counsel did not violate the Constitution and that it’s the Department of Justice that determines whether perjury charges should be filed, not Congress, which can only refer people for prosecution.

Stone pathetically tried to argue that because Congress did not refer him to the DOJ for prosecution he can’t be charged.

That’s just the kind of bullsh*t that does not fly in a court of law, and Berman Jackson let him know it. She also pointed out that he has no one else to blame but himself.

“Based on the allegations in the indictment which are assumed to be true for purposes of these motions, it is fair to say that Roger Stone has no one but himself to blame for the fact that he was investigated by the Department of Justice,” she wrote. “When he chose to take credit for the Wikileaks release and to tantalize the public with hints that he had inside information about more to come, he chose to place himself directly in the vortex of the issues that became the focus of multiple law enforcement, counterintelligence, and congressional investigations.”

NOW: A judge has denied Roger Stone’s efforts to dismiss the prosecution against him. She will let him see a few unredacted sections of Mueller’s report, but he cannot share them publicly https://t.co/NEYRGCYYTu pic.twitter.com/NjLZsyp3At

Judge Amy Berman Jackson: “Based on the allegations in the indictment which are assumed to be true for purposes of these motions, it is fair to say that Roger Stone has no one but himself to blame for the fact that he was investigated by the Department of Justice.” pic.twitter.com/EeQkTkcRTX

This isn’t the first time Stone has found himself getting smacked down by Berman Jackson. After he violated the gag order against him multiple times, including by threatening the judge, she ripped him a new one in court.

Now he has suffered yet another humiliating court appearance on the road to sharing a cell with former Trump campaign manager Paul Manafort.