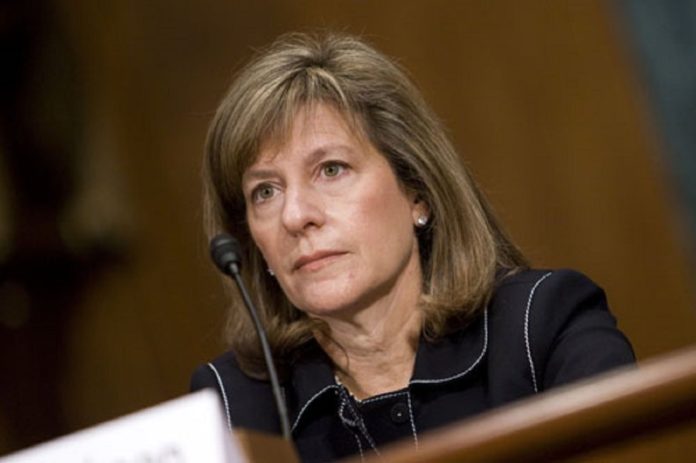 Longtime Trump associate Roger Stone is in serious trouble after he attacked Judge Amy Berman Jackson and appeared to threaten her on Instagram Monday. Now she’s hauling his sorry a** back to her courtroom to explain to her why she shouldn’t throw the book at him.

It all began when Stone posted an image of Jackson next to crosshairs with a message accusing her of being part of a “Deep State” conspiracy against him.

“Through legal trickery,  Deep State hitman Robert Mueller has guaranteed that my upcoming show trial is before Judge Amy Berman Jackson, an Obama appointed Judge who dismissed the Benghazi charges against Hillary Clinton and incarcerated Paul Manafort prior to his conviction for any crime,” he wrote before deleting the message shortly afterward.

Jackson had placed a gag order on Stone the week prior and his outburst on social media clearly violates it.

Stone then filed a weak apology through his attorneys to the court.

“Please inform the Court that the photograph and comment today was improper and should not have been posted,” Stone wrote. “I had no intention of disrespecting the Court and humbly apologize to the Court for the transgression.”

Legal experts have since ripped Stone to shreds for his attack and pathetic apology.

And now Jackson has responded by ordering Stone back to court on Thursday to explain himself.

“Defendant is ORDERED to show cause at a hearing…as to why the media contact order entered in this case and/or his conditions of release should not be modified or revoked in light of the posts on his Instagram account,” the statement read.

Clearly, Jackson is not at all amused by Stone’s stunt and he could very well be going to jail instead of being allowed to walk free during his trial.

Stone should have known better than to launch this assault on our justice system in an effort to intimidate Jackson into recusing herself from the bench. Stone may not like being on trial, but he has to respect the judge and the process just like anyone else. Now he gets to face the music as Jackson makes an example of him to discourage other Trump associates or even Trump himself from using such despicable tactics.