The United States Blues
Home Elections Russia’s plan to crack down on ‘fake news’ reads like a blueprint... 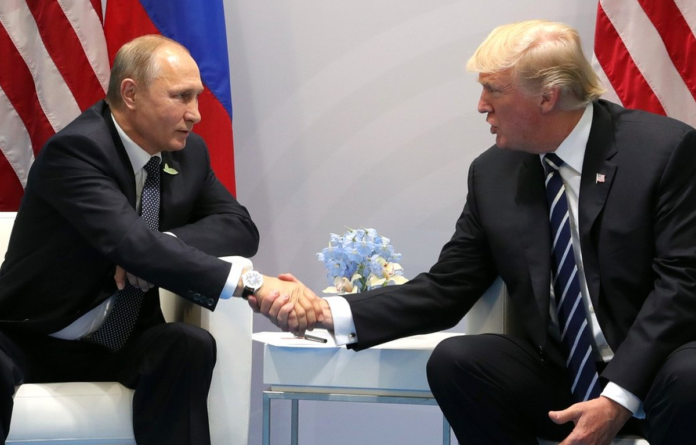 Russia, the country which spent at least $1.25 million a month to disperse fake news via state-sponsored troll farms to interfere in the 2016 presidential election, is now passing legislation to crack down on “fake news” and “blatant disrespect” of the Putin regime. The plan reads like a blueprint, a directive for comrade Trump to take similar action in America.

But let’s wait and talk about impeachment later, Nancy…

Russia is about to outlaw "fake news," and insulting the state https://t.co/HM9r500Nru pic.twitter.com/ID8XM5hHH0

The BBC reports that Russia’s parliament passed two bills that critics say would utterly destroy what’s left of credible fact-based journalism in Russia. Honestly, it’s hard to believe it exists in Russia to begin with, but here it is:

“The first ban refers to “blatant disrespect” of the state, its officials and Russian society, and repeat offenders face up to 15 days in jail.

On March 13, Russia’s upper house, the Federation Council may approve the bills and then Putin can sign them into law.

As you might expect, real journalists realize exactly what Putin is doing. He’s not cracking down on “fake news” but making it easier than ever to terrorize his critics who would highlight inconvenient truths and facts.

While they still can, Russian journalists are calling out what’s happening as “barbaric.”

Considering that the Russian GRU military intelligence agency churns out fake news, it certainly reads as absurd that Russia is now saying they will impose fines or jail time on journalists who post fake news. Unless they really mean something else…real news they don’t like.

In fact, lawmakers in the government are saying the legislation would “ensure protection against so-called web-based terrorists”, “discipline our citizens,” and promote “greater accountability.” We hope you weren’t drinking a beverage as you read that because you may have been inclined to spit it out. The government that spent millions to throw our election by posting divisive garbage on the web is cracking down on web-based terrorists.

The transparent motive for what they are doing seems to be furthering Putin’s stranglehold over any and all criticism of the government: An Internet Iron Curtain or “Sovereign Internet” which is sadly another bill in the works. Seriously.

For Americans, what Russia is doing should sound alarms because it comes across as an appealing roadmap for Donald Trump, who has made it his mission to single out the free press as “the enemy of the people” and incite hate against journalists with his not-so-bright base.

Imagine Trump’s expression as he learns that his favorite world leader Putin has passed a law which allows him to delete news he finds disrespectful within 24 hours of publishing. Imagine Trump’s delight as he considers Putin’s plan to block any news site that does not comply with the government definition of “fake news.”

We can’t argue that Putin isn’t singulary capable of recognizing fake news when he sees it. He should be the expert, but we all know that’s not what this legislation is about.

For Americans, it’s clear that such a plan would be all-too-tempting for the 45th President, a man who continues to behave as if he is a Russian asset.

If you are concerned about what will become of America’s free press under Trump, it might be a good idea to share this story as one possible example.