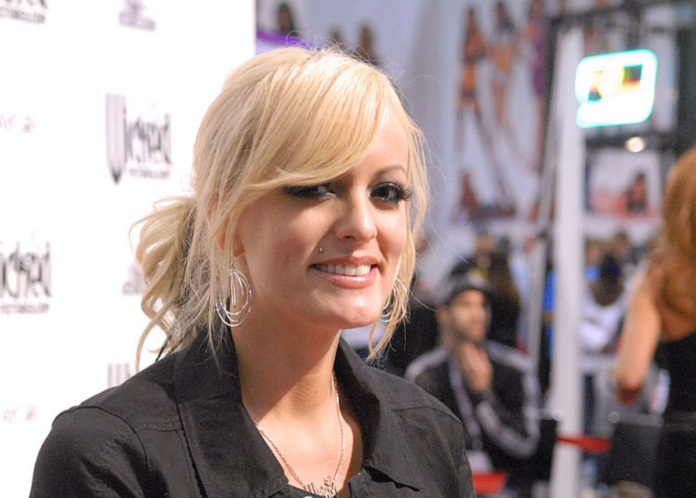 President Donald Trump immediately took to Twitter to attack Stormy Daniels on Tuesday when he heard that a federal judge has thrown out her case against him.

Earlier this week, the case that has been plaguing Trump for months came to end after a judge threw it out and ruled that Daniels is on the hook for the legal bill.

Rather than refrain from being a complete jackass, Trump bragged about the court win and insulted Daniels by referring to her as “horseface” and threatened her and her attorney Michael Avenatti with legal action.

“Federal Judge throws out Stormy Danials lawsuit versus Trump. Trump is entitled to full legal fees.” @FoxNews Great, now I can go after Horseface and her 3rd rate lawyer in the Great State of Texas. She will confirm the letter she signed! She knows nothing about me, a total con!

You are a disgusting misogynist and an embarrassment to the United States. Bring everything you have, because we are going to demonstrate to the world what a complete shyster and liar you are. How many other women did you cheat on your wife with while you had a baby at home? https://t.co/npOKOEFju6

Stormy Daniels also fired back and she hit Trump where it hurts the most.

Ladies and Gentlemen, may I present your president. In addition to his…umm…shortcomings, he has demonstrated his incompetence, hatred of women and lack of self control on Twitter AGAIN! And perhaps a penchant for bestiality. Game on, Tiny. https://t.co/6DpDD5ELtj

Why do you have extramarital sex with women you find ugly?

Are you ready to admit to Melania that you actually slept with Stormy Daniels yet?

How low we’ve fallen. A president of the United States calls someone “Horseface.” Sad to see such debasement of the public discourse.

@FLOTUS would this be an appropriate example of “online bullying” Calling someone “horseface” on social media? #BeBest

Once again, Trump went too far and it’s going to bite him on the ass in November and again in 2020 when women flock to the polls to punish him on Election Day.