The United States Blues
Home News Stormy Daniels Took A Lie Detector Test, And The Results Could Be... 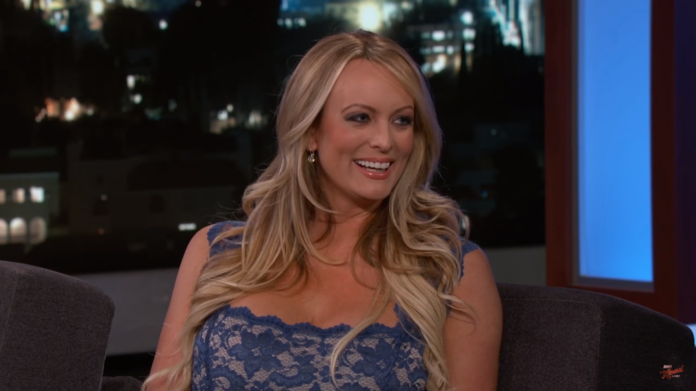 Even though President Trump steadfastly maintains that he never had an extramarital affair with former adult film actress Stormy Daniels, it turns out that may well be just another of many lies Trump has told over the course of his life.

The Wall Street Journal reports that it has obtained the results of a lie-detector test Daniels took in 2011. And she passed with flying colors.

One of the questions asked of Daniels on the polygraph was whether or not she had ever had unprotected sexual intercourse with Trump. Daniels said she had, and was backed up by the results of the test, which concluded:

“In the opinion of this examiner, Ms. Clifford is truthful about having unprotected vaginal intercourse with Donald Trump in July 2006.”

Daniels maintains that her affair with Trump began in 2006, a few months after his current wife, Melania, gave birth to their son, Barron. The White House has repeatedly denied that Trump had any relationship with Daniels.

However, despite Trump’s protestations of having been unfaithful to Melania, his personal attorney, Michael Cohen, paid her $130,000 for her silence. That arrangement was made with Daniels shortly before the election in November of 2016 and may have violated federal election law.

Trump’s attorneys are also attempting to get a lawsuit filed by Daniels moved from state court in California to federal court. As CNN notes:

“The initial complaint filed by [Daniels’] attorney in Los Angeles County Superior Court against Trump claims the nondisclosure agreement is not valid because Cohen signed it on behalf of Trump — instead of Trump signing it himself.

“In Friday’s filing, the Trump and Cohen attorneys say that since [Daniels] agreed to pay $1 million for ‘each breach, she could owe as much as $20 million if an arbitration judge sides with [Trump].”

Polygraph results are generally not admissible in court, but judges are given personal discretion to decide whether or not to allow lie-detector determinations as part of a trial based on criteria set by the U.S. Supreme Court in 1993.