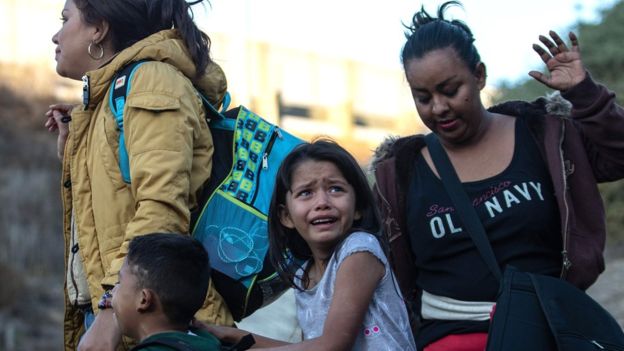 Texas congressman Julian Castro (D-TX) is accusing the Trump administration of covering up the death of a 10-year-old migrant girl from El Salvador who died in government care back in September of 2018.

Mark Weber, a spokesperson for the U.S. Department of Health and Human Services (HHS), said in a statement to CBS News that the girl had a history of congenital heart defects. Weber said when she entered the care of an Office of Refugee Resettlement (ORR) facility in San Antonio, Texas, on March 4, 2018, she was in a “medically fragile” state.

“Following a surgical procedure, complications left the child in a comatose state. She was transported to a nursing facility in Phoenix, Arizona for palliative care in May after release from a San Antonio hospital,” Weber said. “On September 26, she was transferred to an Omaha, Neb., nursing facility to be closer to her family. On September 29, the child was transported to Children’s Hospital of Omaha where she passed due to fever and respiratory distress.”

Rep. Castro, who is chairman of the Congressional Hispanic Caucus, said he intends to get to the bottom of the child’s death and why the administration took so long to make the death public:

“I have not seen any indication that the Trump administration disclosed the death of this young girl to the public or even to Congress,” Castro said. “And if that’s the case, they covered up her death for eight months, even though we were actively asking the question about whether any child had died or been seriously injured. We began asking that question last fall.”

“We’re going to make immediate inquires to HHS to find out what happen to this young girl,” Castro said.

On Monday, a 16-year-old boy died while being held at a Border Patrol station Weslaco, Texas. Officials with the agency said the young man, Carlos Hernandez Vásquez, after telling personnel at a McAllen, Texas, processing center that he felt ill.

CBS also notes that the McAllen facility temporarily suspended the intake of all immigrants due to health concerns:

It “identified a large number of subjects in custody with high fevers whom are also displaying signs of a flu-related illness.” The center resumed normal operations Wednesday afternoon.

This growing list of dead children raises another, more disturbing question that needs to be answered by the president and members of his administration: How are these kids being treated, and why are so many of them dying while in custody? Perhaps a full congressional investigation can get answers to that and other matters regarding this administration’s cruel policy towards immigrants seeking asylum in the United States, which they have the full legal right to do.