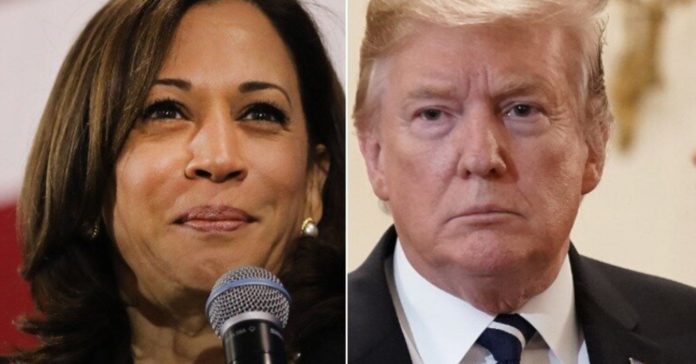 Senator Kamala Harris (D-CA) said Wednesday during an appearance on “The Late Show” that she’s convinced President Donald Trump is holding any progress on a much-needed infrastructure plan hostage to serve his own “self-interest.”

Earlier in the day Wednesday, Trump said he would not consider any talks on infrastructure unless congressional Democrats ended all investigations they’re conducting into him and his administration, even though they have the Constitutional right to do so.

Harris, who sits on the Senate Intelligence Committee, told host Stephen Colbert the investigations will not end, HuffPost reports:

“Almost half of American families are a $400 unexpected expense away from complete upheaval. That’s about what it would cost for new tires “because the roads are falling apart.

“If you want to talk about a representative government, and shouldn’t leaders lead on behalf of the people as opposed to self-interest, then just connect all the dots,” Harris continued. “Right now, families are suffering.”

That led Colbert to wonder aloud if perhaps Democrats should “pause” their probes, get an infrastructure bill, and then resume investigating:

Harris said she didn’t agree with that line of thought:

“No, this is a false choice. We cannot abandon our democracy for the sake of appeasing somebody who is completely focused on his interests only.”

Asked about whether or not Trump should be impeached or if an impeachment inquiry should be initiated by the House Judiciary Committee, Senator Harris said she believes “the process should begin to do an investigation to determine ultimately whether impeachment should happen,” but then added that Senate would not impeach Trump.

As we learned yesterday with Trump’s unhinged remarks in the Rose Garden, Donald Trump is not willing to do the job he was elected to do and will not obey the laws that apply to him as president. He thinks he can grind the entire government to a halt until he gets his way, like some sort of petulant toddler. He’s a threat to this country and needs to be removed from office.