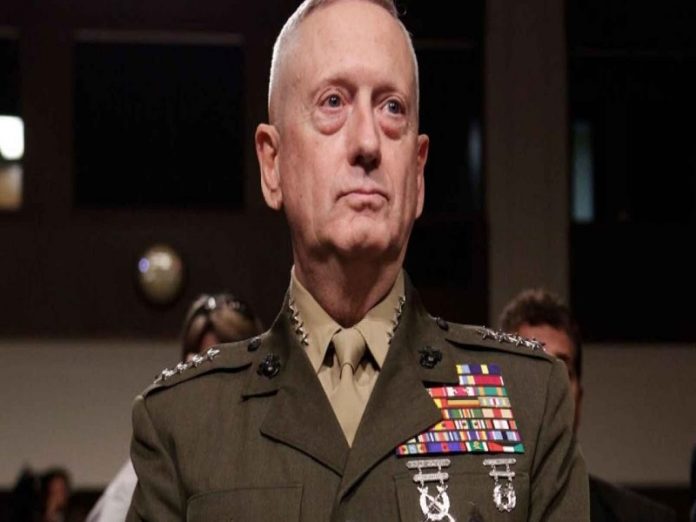 With President Trump’s penchant for surrounding himself with bigger amoral, unqualified, unhinged and greedy sociopaths than himself, it’s truly a wonder to see how long Defense Secretary James Mattis has lasted in our current kakistocracy.

Ironically, the man dubbed “MadDog” is, in fact, the voice of reason.

Many Democrats and some Republicans were very disturbed by Trump’s unilateral decision to launch military strikes on Syria without first consulting Congress and getting approval. But the New York Times reports that Secretary Mattis was pressuring Trump to seek congressional approval.

Via the NY Times:

Mr. Trump, the officials said, wanted to be seen as backing up a series of bellicose tweets with action, but was warned that an overly aggressive response risked igniting a wider war with Russia. Friday night’s limited strikes on three targets, which lasted under two minutes, were the compromise. The debate reflects a divide between Mr. Trump and the defense secretary, who, like no other member of the cabinet, has managed to maintain a cordial relationship with the president even while reining him in.

How the decorated and quite brilliant Mattis survived the sheer chaos, and utter corruption has increasingly become a real head-scratcher. Better still, why a celebrated and brilliant military man who brings both temperance and experience to this kakistocracy is even more puzzling.

Since the abrupt departures of Secretary of State Rex Tillerson and national security adviser Lt. Gen. H.R. McMaster, the only two competent adults in the sea of corrupt man babies, Mattis has been the only reason Americans can get any sleep at all.

McMaster was known to often defer to Secretary Mattis on key foreign policy decisions, ensuring that the most sound approach was being used. But the arrival of Mr. Trump’s supremely hawkish and unhinged new national security adviser, John R. Bolton, means that Mattis has to find new ways to ensure America doesn’t blow up.

Check out the live-streamed video here.