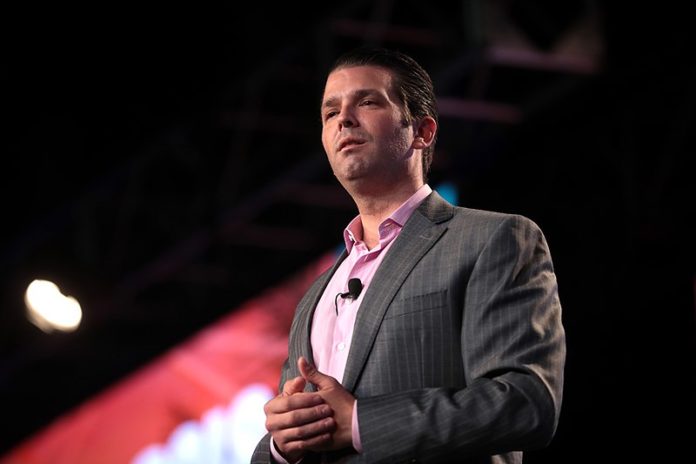 President Donald Trump’s son Donald Trump Jr. once again proved that the douche does not fall far from the bag on Thursday when he openly threatened pro-impeachment Republican Rep. Justin Amash (R-Mich.), drawing ridicule in response.

Amash is the only Republican in Congress who has apparently read the Mueller report, which is why he supports impeaching Trump.

Of course, his support of impeachment has resulted in a backlash against him as Republicans now seek to defeat him in a primary election ahead of 2020.

Trump Jr. gloated about the primary and shared a recent poll showing Amash’s opponent ahead by 16 points.

See you soon Justin… I hear Michigan is beautiful during primary season. https://t.co/dZzDU9240V

The problem with Trump Jr’s threat is that Michigan has open primaries, which means Democrats can vote in them, making it very possible for Amash to beat his primary challenger. It should also be pointed out that Trump Jr. is bragging about a poll, which he and his father often decry as “fake news.”

Amash would hilariously respond to Trump Jr. by directly quoting his email response to Rob Goldstone concerning dirt that the Russians were seeking to give the Trump campaign.

if it’s what you say I love it especially later in the summer https://t.co/KmtA2khvLs

That’s some high level trolling right there. But other Twitter users piled on.

Is Justin being investigated? He’ll be just fine no matter what. You on the other hand – if you don’t pay now, you will later when NY gets hold of you and someone finally shuts that mouth of yours for you.

Also, isn’t he supposed to be staying out of politics, so he can focus on running a business into the ground?

I thought polls were fake

You might misunderstand the fact that @justinamash cares about higher ideals than maintaining his seat in congress.

Michigan is an open primary state, we will cross over in the primary to support the only Republican with a spine. We stand with Justin mainly because he can stand.

Natalia Veselnitskaya coming along with you comrade?

you never see the cliff until it’s too late. enjoy the fall.

remember when you basically moved to Montana to campaign for @MattRosendale and matt lost bigly?
that was fun.

Clearly, Don Jr. picked on someone above his weight class.