The United States Blues
Home News Trump Supporter No Longer Supports Him After Spending Time With A Muslim... 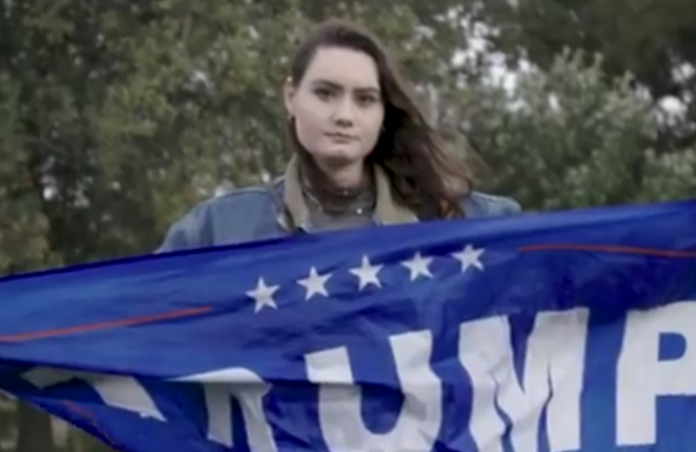 A woman who used to be a hardcore supporter of President Donald Trump and his anti-Muslim policies now no longer supports him after spending time getting to know an Iraqi refugee.

Before she was even able to vote, Michigan native Maggie Anderson supported Trump, listened to right-wing pundits on Fox News, and believed all the terrible accusations they made about Muslims in the lead up to Trump’s election in 2016 and the subsequent Muslim travel ban he enacted in 2017 that resulted in chaos at airports in the United States and around the globe.

“I believed that Muslim refugees were bringing in terrorism and extremism into the country,” Anderson told Mic. “I actually fought for the Muslim ban.”

She said that she listened to conservatives like Milo Yiannopoulos and Pamela Geller spew their hate against Muslims and make horrible accusations against them.

“I believed it without questioning them,” she said. “I would believe that with a giant influx of refugees, rape statistics would go up and terrorism would occur. I didn’t think of them as people.”

That is, until she met 21-year-old Iraqi refugee Bnyad Sharif. Sharif’s family fled Iraq because they were being targeted by ISIS terrorists in retaliation against his father, who worked as a translator for the United States.

They had been originally blocked by Trump’s ban despite being in the process of getting their papers to resettle in America.

Frankly, it was a betrayal. Sharif’s father put his life and the lives of his family at risk to help Americans fight terrorism, and Trump repaid him by refusing to help him.

Only after mass outrage in the United States did the Sharif family finally make their way over here as refugees. They now live in Nashville, Tennessee far from the violence in their homeland, but not from the bigotry and hate of Trump supporters.

Anderson had been one of them. But after agreeing to participate in a project organized by Catholic Relief Services called Be Unafraid, she was paired with Sharif so that they could learn about each other.

That turned out to be an important moment in Anderson’s life because it shifted her political and moral beliefs.

Getting to know Sharif, who speaks perfect English, made her rethink everything Trump and his allies said about Muslims and refugees. And that’s why she no longer supports Trump. In fact, she is going to law school to fight against him by taking on the cases of other refugees.

“I’ve changed people’s minds against refugees,” she said. “I feel morally obligated to undo that.”

Sharif pointed out that this kind of mind-changing is not rare. It happens all the time. It just takes being open and having the willingness to change.

“People should not think it’s that rare,” he said. “It takes for you to put aside your biases and take somebody as a human and go through the journey together.”