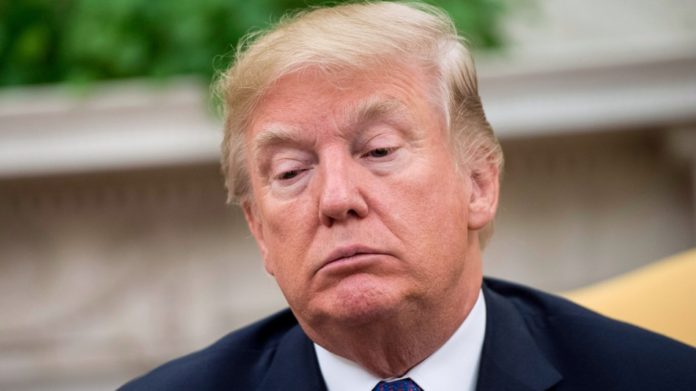 While he was overseas hobnobbing with the royal family, President Donald Trump got some very bad news from home in the form of a new Morning Consult poll which shows his job approval numbers tanking in key swing states he’ll need to win re-election in 2020.

According to the poll, Trump now has a negative approval rating in every single battleground state that will decide the 2020 race:

Those four states provided the margin of victory Trump received in the electoral college. He lost the popular vote to Democratic challenger Hillary Clinton by nearly 3 million votes.

And the news is also bad in states that were once considered safe for Trump.

In Iowa, the Trump trade war has been devastating for farmers, and that’s reflected in his numbers in the Hawkeye State, where 42 percent say they approve of Trump and 54 percent say they disapprove. If a deep red state like Iowa is in play, that could signal a historic loss on the part of the incumbent president.

While it’s a long way to November of 2020, the trend lines for Trump all point to disaster, especially since he should be way ahead in the polls with unemployment at a historic low. But his trade war blunder, repeated missteps on the foreign policy front, scandals,and abrasive personality continue to serve as a drag on his job approval rating.

The poll also shows a dramatic loss of support in just a month’s time: