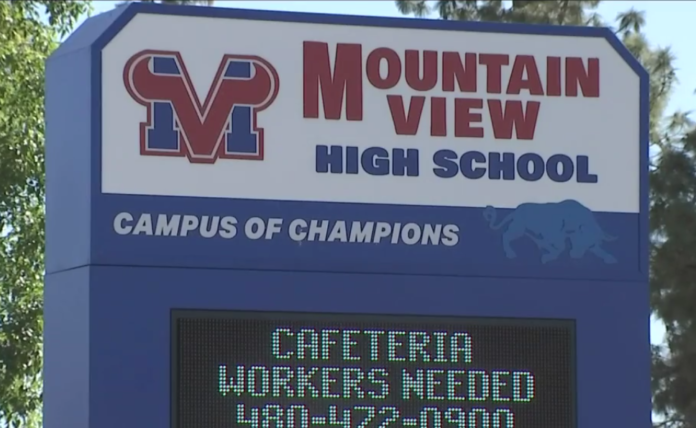 Promposals are still a thing, but one promposal went too far this week, and it has drawn outrage and disgust from an Arizona community and the public school system.

A girl who attends Mountain View High School in the Mesa Public Schools district posted an image of a racist promposal she received from a suitor on social media.

“If I was black I’d be picking cotton, but I’m white so I’m pick you 4 prom?” the proposal read.

Fellow students saw the post and began taking screenshots of it to shame whoever wrote it.

“At first when I saw it I was just like disgusted,” Katrina Kelley, a former student at Mountain View who transferred to a different school this year told Arizona Family. “I think they did it because they thought it was funny. I really don’t think they thought about the consequences of what could happen if they posted it. It’s directed to a certain racial group, and it’s a racist comment directed toward slavery, and that can be such a touchy subject for a lot of people.”

Another student in the district, Naomi Wheadon, also expressed disgust, especially because the girl targeted by the promposal apparently was okay with the racism.

“The fact that the girl was OK with it, like posted pictures about it, was fine about it, bragging that she got promposed whatever, is just like stupid,” Wheadon said.

The school system has since weighed in by condemning the promposal in a statement and acknowledged that parents are now involved.

“Mesa Public Schools and Mountain View High School do not condone the contents of the message posted on a student’s personal social media account,” the school said. “The parents of the students involved have been notified.”

Promposals have gone viral and many of them are unique and creative, but this one is downright offensive and demonstrates that something that is popular and generally considered harmless can go too far and become toxic.