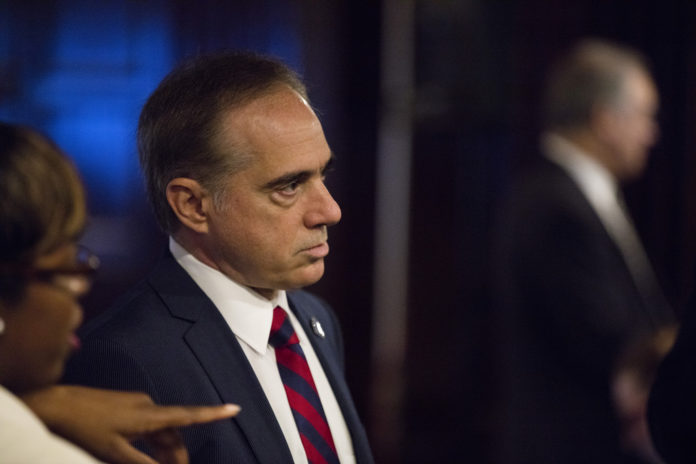 Apparently not satisfied with the record turnover in his administration, President Donald Trump is reportedly planning to take it up a notch.  The New York Times reports that Trump may be thinking of replacing his Veteran Affairs Secretary, Dr. David Shulkin, with his Energy Secretary, Rick Perry.

The president has previously showered the VA Secretary with praise but recently has become more hostile towards him over disagreements about the privatization of the VA.

“That tenor began to change in recent months, as Dr. Shulkin increasingly butted heads with conservative Trump administration officials over one of the White House’s top policy priorities for the department: the expansion of government-subsidized private health care for veterans, outside the government-run V.A. health system.”

President Trump even joked previously that he would never fire Shulkin but now he’s thinking about doing exactly that.

If he does, the good news for the president is that Rick Perry, current Energy Secretary, has no background in health care delivery whatsoever.

“Mr. Perry is seen as a more pliant figure for the veterans affairs position. Unlike Dr. Shulkin, who had run the department’s health care system under President Barack Obama and spent a career in hospital administration, Mr. Perry has no background in health care delivery, but as Texas’ governor, he showed a willingness to experiment.”

Given that the president has a noted aversion to anything or anyone relating to the Obama’s presidency, it is possible that Shulkin’s presence is enough to instill mistrust in him. Multiple times, he has publicly stated the need to create fiercely loyal teams, and if he feels anyone slipping away in the slightest, that is to say disagreeing with him, he may view that as the cause for removal.

Shulkin was also named in a blistering report from the Inspector General accusing him of misappropriation of funds related to travel expenses for Shulkin and his wife to travel to Europe and the UK.