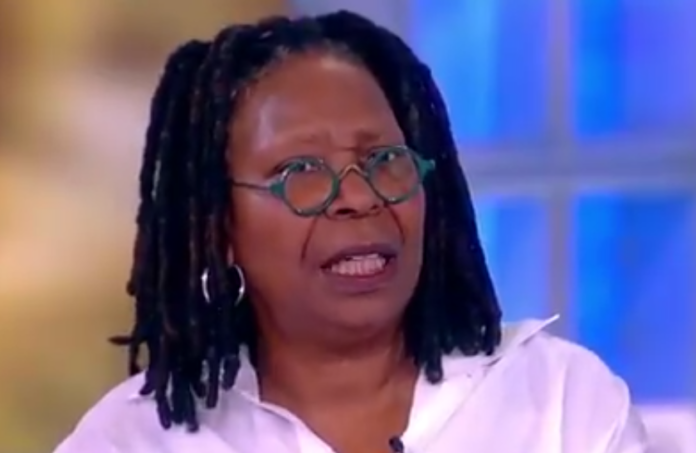 “The View” hosts and fans received a very welcome surprise on Thursday when Whoopi Goldberg triumphantly returned after a nearly fatal bout with double pneumonia, and she did not hold back while talking about her experience with the health insurance industry.

“One of the things I discovered is that your insurance really doesn’t do much for you,” she began. “And the people saying no to you are not doctors. Why is it that I’ve been paying insurance for almost 60 years and it hasn’t rolled over. Who told them they could use that money when I wasn’t using it?”

Goldberg said the freshmen lawmakers in Congress may want to look into the insurance industry because after so many years of paying for health insurance, one would think Goldberg has paid enough to cover her medical bills for the rest of her life. But health insurance seems to be nothing more than a get-rich quick scam instead of something that makes sure your healthcare costs are covered if you get sick.

Goldberg then spoke of her experience in the hospital and the so-called person who represented her as her “advocate” and having to deal with her insurance company at the same time as she was fighting for her life.

“My doctor said you need this machine,” she said. “If you do the machine and you do this breathing thing, you won’t have to get this operation. But you have to stay in the hospital because the machine is only here, but we’ll try to get it to your house. I said okay. They said, ‘well, your insurance has said no to this.’ I said, ‘well, can I lease it, can I rent it?’ The advocate “said ‘I really don’t know.’ I was like, ‘well, this can’t be the first time somebody has come in with this. What are you talking about?’”

“‘I have to advocate for myself because clearly you are taking your cue from somebody who doesn’t know what the doctor is telling me to do,’” Goldberg continued. “‘Why would he lie? It’s not like he’s making money on it.'”

“The insurance people should listen to the doctor,” she said. “They’re not there to spend your money, they’re there to cure the people who are ill. Sixty years of insurance money and you’re telling me I can’t get this machine? B*tch, I could buy the machine!”

Goldberg also has a problem with doctors who serve on insurance boards.

She’s right. Doctors who serve on such boards will be pressured to save money for the company writing their paycheck instead of doing what’s best for the patient.

.@WhoopiGoldberg explains why she had to be her own advocate during her pneumonia scare, and encourages all patients to do the same: “These are things that we have the power to take care of.” https://t.co/jb5bkBLEZh pic.twitter.com/3Hm6qrkkXG

Most industrialized nations do not have these types of problems, and while Whoopi can afford to buy the machine she needed, most Americans do not have that luxury. If we had universal healthcare that eliminates insurance companies and for-profit care, however, these problems would be a thing of the past and healthcare would become much more affordable, which was the case for an American in Taiwan who only had a medical bill totaling $80 even after going to the emergency room because of that country’s socialized healthcare system.

Our healthcare system needs to change and Whoopi is adding her voice to the fight for universal healthcare. It’s her mission now to hold insurance companies accountable until we have a system that is affordable for everyone. We should all join her.