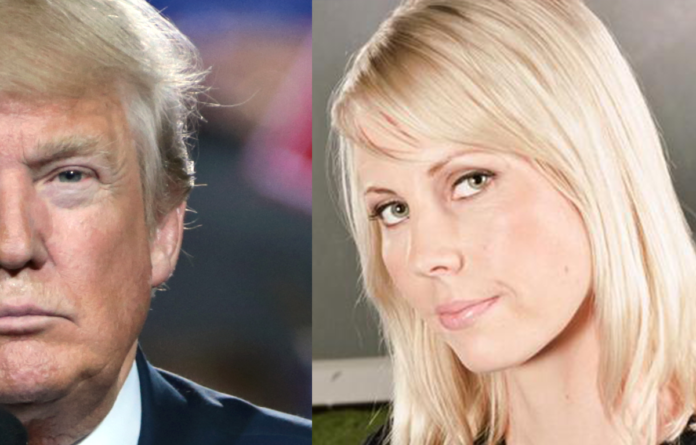 What does it mean to be a “Woman of Courage?” Would facing down death threats and harassment in order to reveal the truth about Russian propaganda, troll factories, and their stream of lies be considered courageous? The answer is clearly: YES.

Then why did the State Department, now led by Secretary of State Mike Pompeo, abruptly rescind an award offer for International Women of Courage to a Finnish journalist who did act so bravely?

This is how the Trump administration celebrates #InternationalWomensDay @JessikkaAro is a woman of courage and this administration is cowardly #WomenofCourage #IWD2019 https://t.co/J4Tq4JQm4Q

Aro was told she had been honored with the prestigious award in January. Then in February, the State Department’s Office of the Chief of Protocol sent her a formal invite to the award ceremony. She would be presented with the award in the Capitol by Pompeo.

Days later, the State Department jerked that offer away. It came as a shock to Aro.

“They say the department revoked her award after U.S. officials went through Aro’s social media posts and found she had also frequently criticized President Donald Trump.”

The revoked award did not go unnoticed among the diplomats.

“It created a shitstorm of getting her unceremoniously kicked off the list,” said one U.S. diplomatic source familiar with the internal deliberations. “I think it was absolutely the wrong decision on so many levels,” the source said. The decision “had nothing to do with her work.”

Now the department is claiming the sudden rejection was due to “a lack of coordination in communications with candidates and our embassies.” Aro was “incorrectly notified” about the award. Sure she was…

Officials at the State Department appear to be scrambling for an explanation.

“Officials who spoke to FP have suggested the decision came from lower-level State Department officials wary of the optics of Pompeo granting an award to an outspoken critic of the Trump administration.”

Once more, Aro displayed her courageous nature in responding to FP:

“[When] I was informed about the withdrawal out of the blue, I felt appalled and shocked,” Aro told FP.

“The reality in which political decisions or presidential pettiness directs top U.S. diplomats’ choices over whose human rights work is mentioned in the public sphere and whose is not is a really scary reality.”

We guess that you are probably reading this and wondering why this investigative journalist should be given an award for exposing Russian lies, but not an award for exposing those from the White House? It’s more and more uncomfortable to think that these governments are becoming more similar with every passing day.

This happened to me. Please read. https://t.co/XrzJzaHbcT

Certainly, if Vladimir Putin could have blocked an award for Aro, he would have. Why is it remotely acceptable that our own government has done just that?

It’s another disturbing thought to know that this journalist staged a demonstration in Helsinki when Trump and Putin came together for their now notorious and scandalous summit. It’s uncomfortable to know that she was correct in protesting an American President the same as the Russian dictator.

It’s uncomfortable to know that Jessikka Aro could be given a Women of Courage award for demanding the truth from Donald Trump, the same as from Vladimir Putin.

What has happened to America when we have reached the point where criticizing our POTUS results in awkward rejection while criticizing Putin deserves an award for courage?

Today, the show went on without her, with a presentation by Melania Trump, who has attended for the last three years. We could make some comments about the irony.

"Throughout history women have contributed in so many ways to our society."@FLOTUS Melania Trump speaks at International Women of Courage Awards in Washington. https://t.co/9b369JrSkp pic.twitter.com/P6ynKwLpFb

Friday, March 8 is International Women’s Day. Putin himself joined in the awards by riding on horseback with female police.

We think a great way to celebrate would be to honor Jessikka Aro by sharing her story and saying thank you for being so courageous about Putin’s lies. Keep on doing exactly what you’re doing. You deserve an award, that is certain.

Our government, on the other hand, seems to continue to shock and disturb us anew each day.

If this is true, this is insane. @JessikkaAro has taken on Kremlin disinformation and bad actors personally and bravely. If her award has been rescinded for her criticism of POTUS, we've crossed a dangerous bridge. https://t.co/qlM0CeVscN

My new international investigation of the Russian #InfoWar is ongoing 😉 Please RT, it's important #StopKremlinTrolls https://t.co/RlKleeEzGC